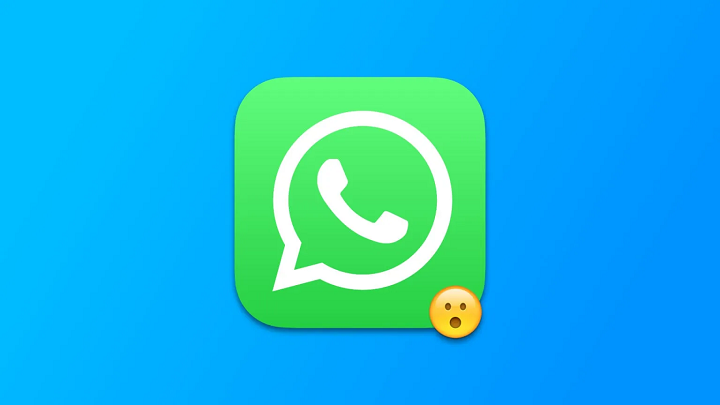 So far, what functionality is missing in WhatsApp to make it a dynamic and attractive application? Emoji reactions? Well seen ! That could change in a few months…

A first test is deployed

Not being able to quickly post a reaction to a message on WhatsApp means sending an emoji as a separate reply or writing an often pointless reply. And that’s not very practical or attractive…

Present on Facebook Messenger, Twitter or Viber, this feature may be minimal, but it can greatly affect the engagement rate. do not forget what to use whatsapp in your marketing strategy is very relevant.

But that could change in a few months as the app tests the functionality in some users.

This first test is deployed 7 months after having announced it. In August 2021, she had indeed announced that she was working on emojis that you can place on a message to express emotions.

Initially, WhatsApp had been working on a message to present when the user is using an outdated version of the app that does not support receiving reactions. In this case, the user cannot see the reaction, but a different message is presented, asking to update the application to see the reaction:

Now WhatsApp is offering the feature to some beta testers on the beta version of WhatsApp for Android 2.22.8.3!

By long-pressing a received message, the feature allows users to react with one of six emojis: thumbs up, heart, crying, laughing, shocked face, or folded hands (usually to mean “thank you”).

At Facebook, these 6 emojis help to better understand what users feel, and why they feel it.

We constantly use emojis to express ourselves and translate our emotions into a digital format. Reactions are how Facebook and other social networks help facilitate this emotional conversation online.

According to research by the Facebook team, emotional experience accounts for half of customer loyalty to a brand, while psychological loyalty accounts for about a third.

The power of emoji reactions in digital marketing

With the right strategy, you can use them to increase the power of your content marketing campaign. Leveraging emoji reactions can indeed have several benefits:

With these goals in mind, consider implementing specific strategies to use to incorporate reactions into your content marketing campaign.

Soon on iOS and desktop?

Along with its appearance on Android, there are signs that emoji reactions are also being rolled out for WhatsApp’s iOS and desktop apps. Since early January, WhatsApp’s beta app on iOS has had settings to control “reaction notifications.” Additionally, a similar setting appeared in the desktop app beta earlier this month.

It seems that only a small subset of users benefit from this option at the moment. However, everyone should be able to see the reactions soon.

Finally, it’s in your best interest to adapt to the new feature as quickly and creatively as possible.

If you can’t react to the messages, don’t worry: a future update will surely help get the feature!