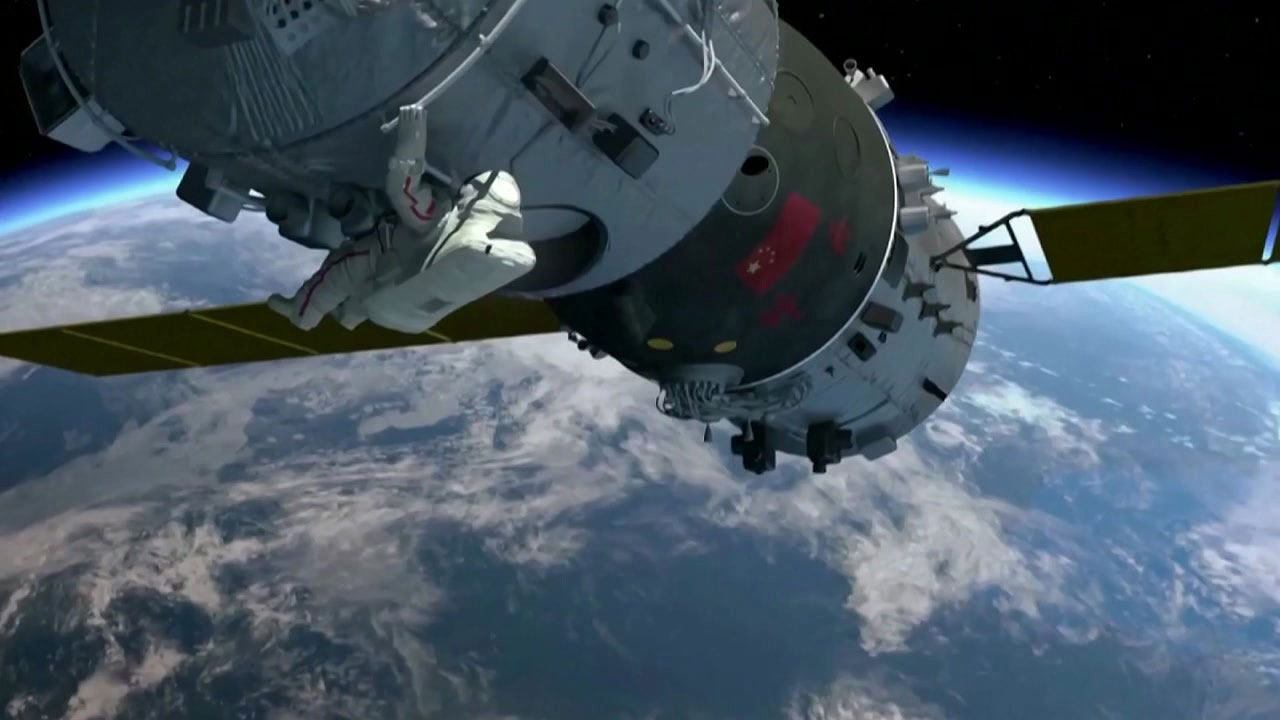 Chinese cargo ship ‘Tianzhou-2’ launched from Wenchang base
Cargo ship docks with core modules within 8 hours of launch
On April 29, the Tianhe module was successfully docked one month after launch.

China’s pace to build its own space station is accelerating.

Just one month after the launch of the space station’s core module, Tianhe, the cargo spacecraft was launched and docked with the module.

This is reporter Kim Tae-hyung.

The cargo ship ‘Tianzhou-2’ loaded with goods and equipment necessary for the construction of the space station is loaded onto a Changjeong rocket and launched.

About eight hours after launch, it finally succeeded in docking with Tianhe.

Docking took place exactly one month after the Tianhe module was launched at the end of last month.

China originally planned to launch the cargo ship on the 20th, but it was delayed at the last minute for technical reasons.

With a length of 10.6m, Tianzhou-2 can carry up to 6.5 tons of food, equipment and fuel required for three astronauts to perform a three-month space mission.

China plans to launch its own space station by the end of next year by launching the Shenzhou 12 manned spacecraft next month, followed by Tianzhou 3 and Shenzhou 13 in sequence.

China’s space station is 37 meters long and weighs 90 tons, which is one-third the size of the International Space Station (ISS) jointly operated by the United States and Russia.

China’s space facility will become the only space station in Earth orbit if the International Space Station is shut down after 2025.