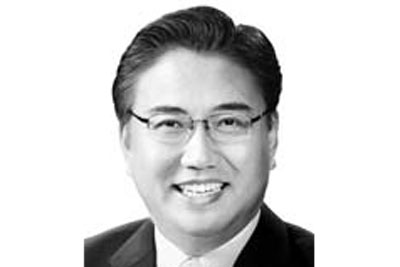 Amid a rapidly changing international strategic environment, the heads of foreign affairs from major countries gathered in Phnom Penh, Cambodia. This is to attend a series of face-to-face ASEAN Foreign Ministers’ Meetings for the first time in three years.

The Association of Southeast Asian Nations (ASEAN) is the second largest trading and investment destination for Korea after China and the region most visited by Koreans. From a geopolitical point of view, ASEAN is becoming more and more important to us. The Strait of Malacca and the South China Sea are key transportation routes for global maritime transportation, through which 80% of the world’s large ships and more than 90% of Korea’s crude oil imports pass.

A total of four ASEAN-related topics, including ASEAN-Korea, ASEAN+3 (Korea-China-Japan), East Asia Summit (EAS), and ASEAN Regional Forum (ARF), were held in Phnom Penh for two days from the 4th to the 5th. At the Foreign Ministers’ Meeting, as Korean Foreign Minister, he emphasized the Yoon Seok-yeol administration’s emphasis on ASEAN.

Along with the message of maintaining and upgrading the previous New Southern Policy, he expressed his will to expand cooperation with ASEAN countries in various fields such as security, economy, development cooperation, and cultural exchange. He also requested active support for the ROK’s diplomatic efforts for complete denuclearization of North Korea.

Bilateral talks were also held with the ministers of the five ASEAN countries. Cambodia, the ASEAN chair country and Korea’s largest official development assistance (ODA) recipient this year; Vietnam, celebrating the 30th anniversary of diplomatic ties this year, as our 4 largest trading partner; Thailand, commemorating the 10th anniversary of our strategic partnership; and East Timor, which is seeking to join ASEAN. In addition, I met with the foreign ministers of Brunei and Laos and the ASEAN Secretary-General. Prior to this, in July, it also established close acquaintance with Indonesia, the only ASEAN with a special strategic partnership, and the Foreign Minister of Singapore, a similar country and number one infrastructure construction partner.

In the EAS and ARF, which deal with regional security issues, under the principle of “unilateral change of the status quo by force is unacceptable under any circumstances,” our position on regional issues including the Korean Peninsula, South China Sea, and Myanmar issues and the Ukraine situation is clearly stated. said. He also emphasized that peace and stability in the Taiwan Strait is very important to South Korea and is essential for regional security and prosperity. Korea’s diplomatic horizon is now expanding beyond the periphery of the Korean Peninsula based on the vision of a global pivotal country. This meeting was also an opportunity to express our will to contribute to the establishment of a norm-based order in the Inta region.

ASEAN countries also expressed high expectations for the newly launched Yun Seok-yeol administration’s initiative for ASEAN-Korea Coexistence Solidarity. Through this meeting, I was able to feel again that many countries attach great importance to the development of relations with us. South Korea and ASEAN must develop a closer, strategic and future-oriented partnership through cooperation in the areas of regional supply chain stability, digital transformation, energy and climate change response, vaccines, health, and cyber-ocean amid emerging challenges. agreed on the point.

It was a busy schedule, such as attending four multilateral conferences over two days and holding bilateral talks separately with representatives of 15 countries, but it was a time to start the new government’s diplomacy with ASEAN in earnest. We will prepare thoroughly to achieve meaningful results at the upcoming summit in November.