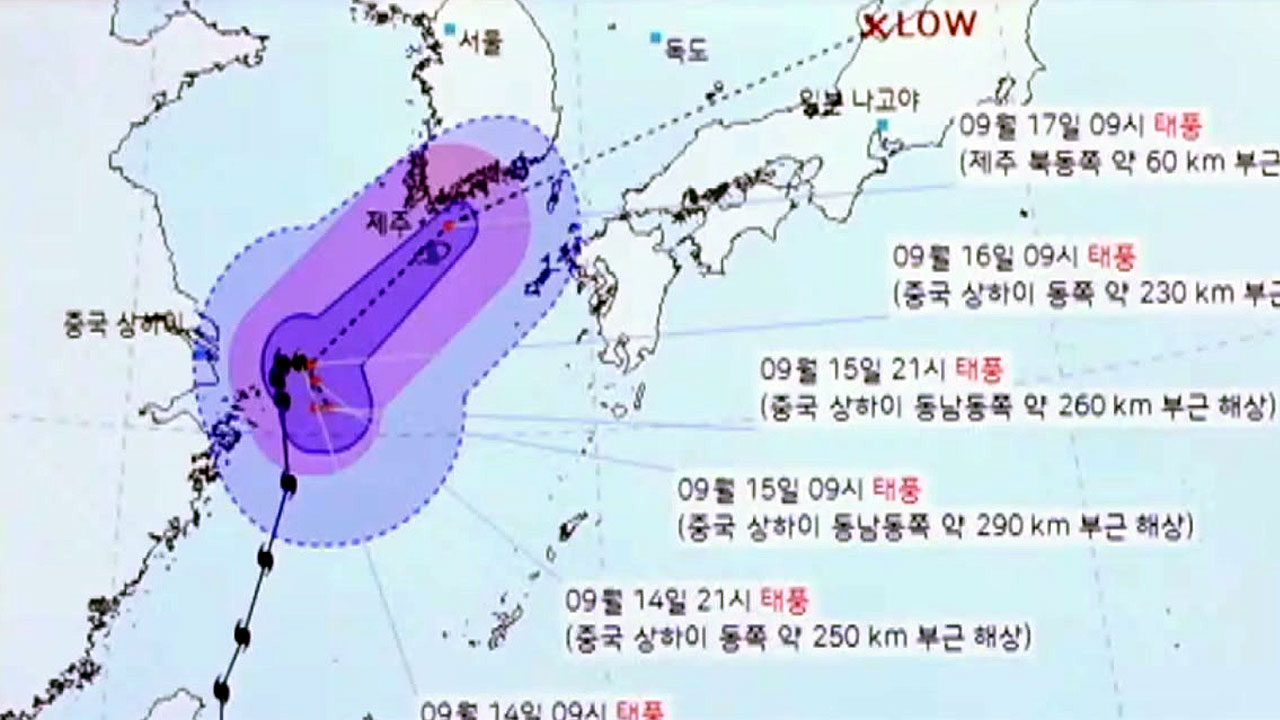 The 14th typhoon ‘Chantu’ is expected to pass through the southern coast on the 16th and 17th.

This is reporter Jeong Hye-yoon.

The Philippines and Shanghai, China, were on the path of Typhoon Chantu.

Strong winds and heavy rain that seemed to break trees.

You can feel the power of the typhoon from the huge waves coming over the breakwater.

The typhoon is stagnant as if hovering in the sea east of Shanghai.

However, the day after tomorrow, from the afternoon of the 16th, it seems to move quickly toward Korea.

On Friday, the 17th, I will pass Jeju Island between dawn and morning, then pass the southern coast during the day and pass through the Korea Strait at night.

The typhoon is expected to maintain ‘medium’ intensity while passing the South Sea.

Therefore, there is a concern for major damage mainly on Jeju Island and the southern coast, which is close to the center of the typhoon.

The Korea Meteorological Administration predicted that on the 16th and 17th, which is directly affected by the typhoon, heavy rain of up to 300mm or more will fall on Jeju Island and 250mm or more on the southern coast, such as Mt. Jirisan.

In particular, the total accumulated rainfall in the mountainous areas of Jeju is expected to exceed 1,000 mm.

Winds are expected to exceed 40 m/s in Jeju Island and over 35 m/s in the southern coast, so damage from strong winds is also a concern.

The Korea Meteorological Administration urged special attention, saying that not only heavy rains and gusts but also coastal areas are concerned about flooding due to tsunami.

This is YTN Jeong Hye-yoon.