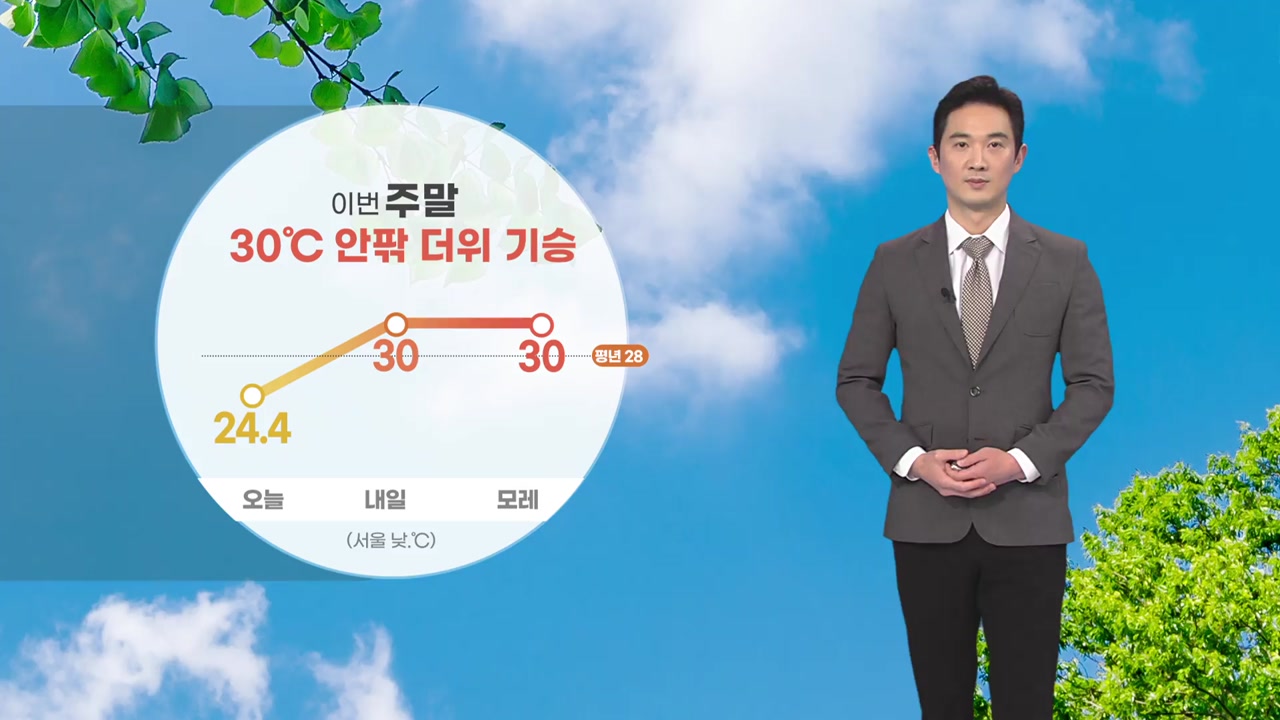 Today, the temperature is lower than yesterday, and the heat has slowed down.

In particular, the metropolitan area and Yeongnam region felt cool even in the middle of the day, but on weekends and holidays, it gets hot again as the temperature rises.

The daytime temperature in Seoul will rise to 30 degrees, which will exceed the average temperature by 2-3 degrees.

Unlike today, tomorrow will be clear skies.

However, there will be very thick fog in various places until morning, and there will be some places in the eastern part of Jeollabuk-do where showers will pass between afternoon and evening.

There will also be some raindrops in the eastern Jeollanam-do and southern Yeongseo.

The UV index will also soar from high to very high levels.

If you go out, please pay special attention to UV protection.

Tomorrow’s daytime temperature will be 1-6 degrees higher than today.

The day after the holiday will be mostly sunny, but some showers are expected in the southern inland.

It was weather information.