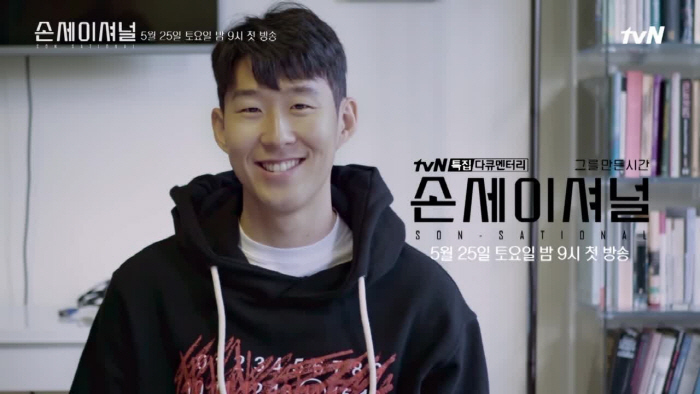 ‘NOS7’, which is attracting attention as a fashion brand created by soccer star Son Heung-min, enters the Shinsegae Department Store select shop and starts its business in earnest. It joined hands with Shinsegae as the first offline distribution channel.

According to the fashion industry on the 27th, NOS7 and ‘Case Study’, an editorial shop run by Shinsegae Department Store, have agreed to cooperate in the fashion business and are negotiating the details of the contract. It is reported that NOS7 will supply fashion clothes and accessories to Case Study. Case Study is located in Boon The Shop, a luxury clothing store in Cheongdam, Seoul, and the Gangnam branch of Shinsegae Department Store.

NOS7 is a brand introduced by Son Heung-min, who was the first top scorer in the English Premier League (EPL) in Asia. Although it has not yet been officially launched, Son Heung-min, who arrived through Incheon International Airport on the 24th, wore a white T-shirt with the NOS7 logo on it and gathered a lot of attention. It will be officially released online on the 17th of next month. It is expected to showcase a variety of products, including sportswear and general clothing, as well as beverages, furniture, and precious metals. A fashion industry official said, “As Son Heung-min is the top scorer and the highest level of attention, the brand’s chances of success are also high.”

The select shop Case Study sells rare products from brands that the MZ generation likes. It covers not only rare products from Reebok, Puma, and Birkenstock, but also high-priced products such as Maison Margiela and Alyx that MZ (millennials + Z) generation love. It is evaluated as a distribution channel suitable for NOS7, which is receiving hot attention.

This collaboration is expected to create ‘synergy’ between the two sides. This is because Son Heung-min’s side can expand the market as a new brand, and Case Study can expand profits by entering the products that have recently received the hottest attention.

In 2016, Son Heung-min collaborated with Shinsegae’s online platform, Ssuk.com to introduce a hat product under the name of ‘HM SON’. Heung-Min Son personally participated in the design of the snapback (one of the types of hats, the size adjustment part is a snap), which drew a lot of attention. It is said that the relationship between Shinsegae and Son Heung-min, which they had at the time, led to this collaboration.

Heung-Min Son is known for being well-dressed. It is thanks to his fashion sense comparable to his football skills. It is known that fashion stylists of top stars such as Gong Yoo, Ryu Jun-yeol, Choi Woo-shik, and Nam Joo-hyuk are in charge of Son Heung-min’s outfits. Whenever the season ended and he entered the airport, his airport fashion became a hot topic. Analysts say that extensive knowledge about fashion led to the creation of this brand. Famous soccer stars overseas are also launching fashion brands one after another. Cristiano Ronaldo uses his senses to create a brand called CR7, selling his perfumes, underwear and shoes. Lionel Messi also runs a fashion brand ‘Messi’.

Very bad news for Brad Marchand … and the Bruins

Egypt .. The accused of killing a family inside a farm in Sheikh Zayed makes sensational confessions .. and reveals the reason for committing the incident