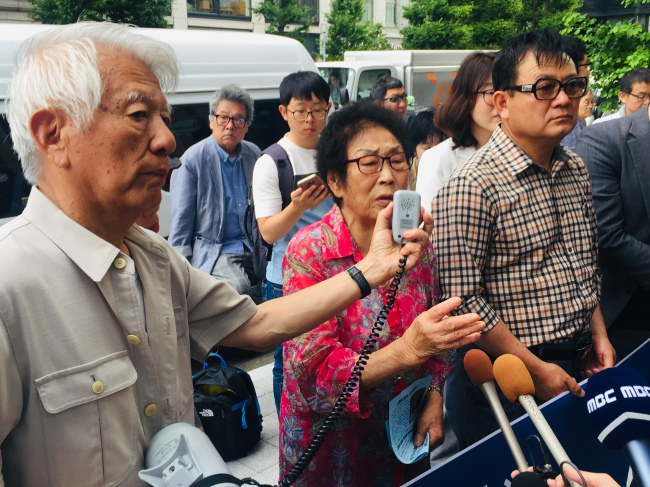 The court has decided to order the sale of the trademark rights and patent rights of Mitsubishi Heavy Industries in Japan, which were seized by victims of forced labor in Japan. It is the first time that a Korean court has ordered the sale of the assets of a Japanese war criminal company. If the victim’s side actually starts selling assets, it is expected to have a ripple effect on Korea-Japan relations.

The court ordered Yang and Kim to secure 29,731,276 won per person by selling these trademarks and patents. Of this, 120 million won is the amount initially claimed by Yang and Kim, and the rest is interest and delay damages.

Yang and Kim are expected to start selling their trademarks soon. Yang and Kim’s lawyers said, “There may be various methods, such as setting up an auction after calculating the price based on the appraisal of trademark and patent rights.”

If the sale of Mitsubishi Heavy’s assets begins in earnest, Korea-Japan relations could freeze further. After the court recently ordered to seize and collect the proceeds of Mitsubishi Heavy Industries & Construction, the Japanese government has repeatedly reiterated its position that Korea-Japan relations will become serious if its corporate assets are turned into cash. On the 12th of last month, the Anyang Branch of the Suwon District Court made a decision to seize and collect the debts worth 853.1 million won that Mitsubishi Heavy Industries held to LS Mtron, a domestic company.

Japan’s Chief Cabinet Secretary Katsunobu Kato said last month, “The judicial process related to the South Korean Supreme Court ruling on the issue of workers from the former Korean Peninsula (the issue of forced labor) is a clear violation of international law.” He continued, “If cashization (for Japanese corporate assets such as Mitsubishi) takes place, the situation will be very serious for Japan-Korea (Korea-Japan) relations. This should be avoided,” he added.

11 victims (6 survivors) including Mr. Yang filed a claim for damages in a domestic court against war criminal companies such as Mitsubishi Heavy Industries on three occasions: in October 2012, in February 2014, and in May 2015. . They later won a final victory at the Supreme Court from November to December 2018. However, the defendant companies refused to pay compensation and did not respond to the request for dialogue.

In response, Yang and Kim applied for seizure orders for two trademark rights and six patent rights owned by Mitsubishi Heavy Industries in Korea to the Daejeon District Law, where the Korean Intellectual Property Office is located, and the Daejeon District Law accepted them in March 2019. Mitsubishi Heavy Industries and Construction appealed that the seizure was unfair, but they were dismissed in February and March, respectively, and the Supreme Court also ruled that the seizure was justified.