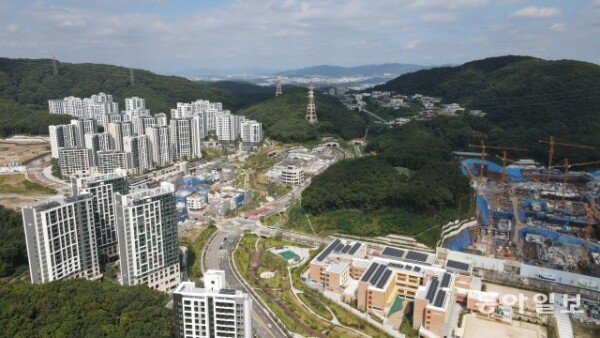 Construction work is in full swing at the development project site in Daejang-dong, Bundang-gu, Seongnam-si, Gyeonggi-do, on the afternoon of the 23rd, amid intense controversy over preferential treatment in the political arena over Hwacheon Daeyu Asset Management, a wealth management company. Centering on the central tunnel, the A1, A2, and A6 areas are on the left, and the A10 areas are on the right. Above is the Pangyo Techno Valley, which is densely populated with buildings. Seongnam = Reporter Park Young-dae [email protected]

It was revealed that the prosecution plans to form a special investigation team of 12 or 13 prosecutors to investigate suspicions of preferential treatment for the Daejang-dong development project in Seongnam-si, Gyeonggi-do.

According to the Dong-A Ilbo coverage on the 28th, the Seoul Central District Prosecutor’s Office for Economic Crimes (Chief Prosecutor Yoo Kyung-pil) will send three or four prosecutors from the prosecutors’ offices across the country, and a special investigation team will be formed as early as the 29th.

When the prosecution received a number of complaints about the allegations, the prosecution discussed whether to transfer it to the police and other investigative agencies, but decided to investigate directly. This is because there was no subject in charge of the investigation even in the high-ranking public officials’ crime investigation department and the police on the ‘Daejang-dong project business operator selection and licensing process’, which is the main source of the related suspicion. In addition, there was a high public opinion that the prosecution should investigate promptly, as Lee Dong-gyu, former acting president of Seongnam Urban Development Corporation, a close aide to Gyeonggi Governor Lee Jae-myung, was not even booked, and there were concerns about leaving the country.

Previously, this branch accused Kim Ki-hyeon, floor leader of the People’s Power, etc., on charges of falsely raising suspicions of preferential treatment for the Daejang-dong development project (disclosure of false facts in violation of the Public Official Election Act). allotted Then, former Supreme Court Justice Kwon Soon-il assigned the case accused of violating the Attorney Act to the Economic Crimes and Criminal Division and started an investigation. However, some of the prosecution are concerned that the prosecution’s investigation will not end as a ‘dragon head’ like last year’s Optimus investigation.
By Bae Seok-jun, staff reporter [email protected]
Correspondent Kodoye [email protected]