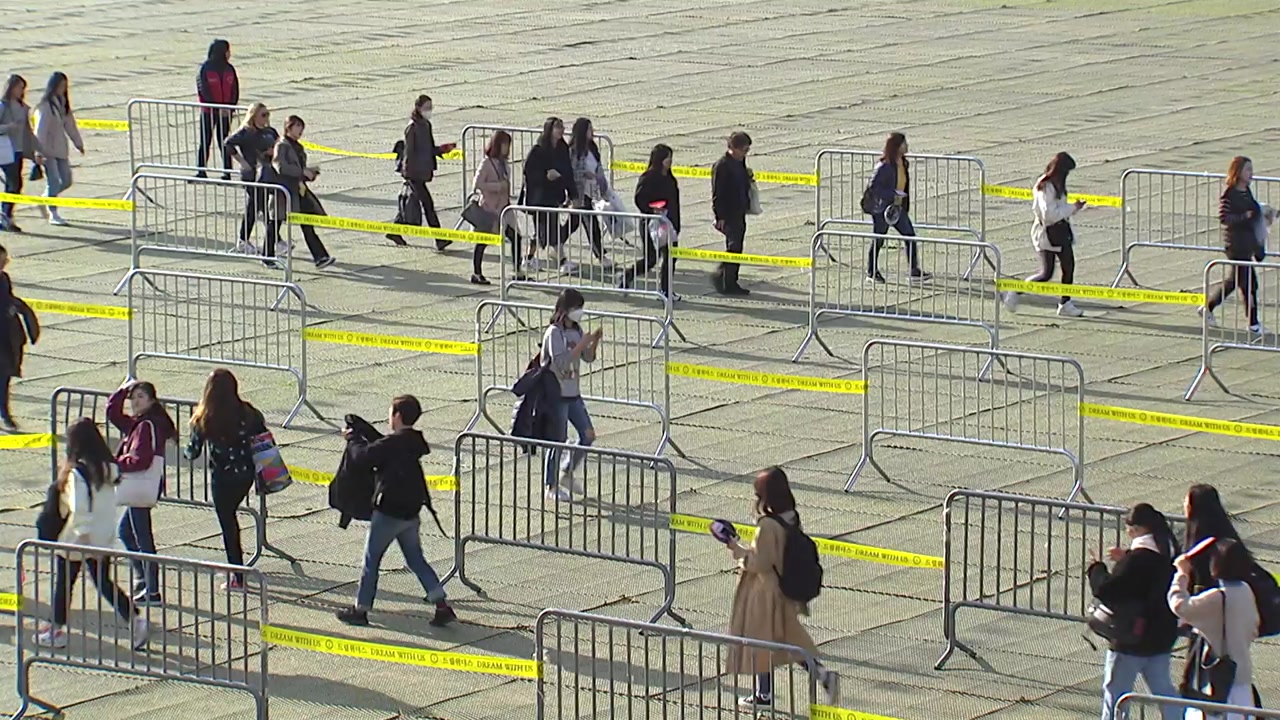 5 to 600 daily confirmed cases… “Extension of current social distancing by 3 weeks”
“Requires stable epidemic management until 13 million people are vaccinated”
Reorganization of social distancing and expansion of the number of people entering outdoor stadiums during the holiday season
A popular music venue, indoor or outdoor, can accommodate up to 4,000 people

As the epidemic situation has not subsided as new COVID-19 patients come out in the range of 5 to 600 every day, the government has decided to extend the current social distancing guidelines until the 4th of next month for three more weeks.

However, from next Monday, it said that it will expand the audience’s admission to outdoor stadiums such as baseball and soccer and popular music venues.

Reporter Park Hong-gu on the sidewalk.

Although the speed of vaccination is fast, the number of confirmed cases per day remains in the range of 5,000 to 600, and it is rarely coming down.

There are still concerns about group infections and the spread of mutated viruses in entertainment bars and workplaces.

The government decided to maintain the current social distancing stage, considering that it is important to stably manage the epidemic until the 13 million people, including the elderly, have been vaccinated by the end of this month.

However, considering that the new distance system will be applied from July and the holiday season will begin, we decided to ease the quarantine measures for low-risk sports stadiums and popular music performances.

Even if the number of visitors increases, basic quarantine rules must still be observed.

The popular music venue can accommodate up to 4,000 people, both indoors and outdoors.

In the meantime, classical and musical performances have not been restricted in the number of people entering as long as they follow basic quarantine rules, but popular music is limited to less than 100 people, raising issues of equity.

The government also decided to expand the pilot application of the distancing reform plan, which is being implemented in Jeollanam-do, Gyeongnam, and Gyeongbuk, to 15 cities and counties in Gangwon-do.

It seems that the government is accelerating its steps ahead of the transition to a new social distancing system in line with the vaccination situation.

The details of the social distancing reform plan will be finalized at the end of this month.

This is YTN Park Hong-goo.