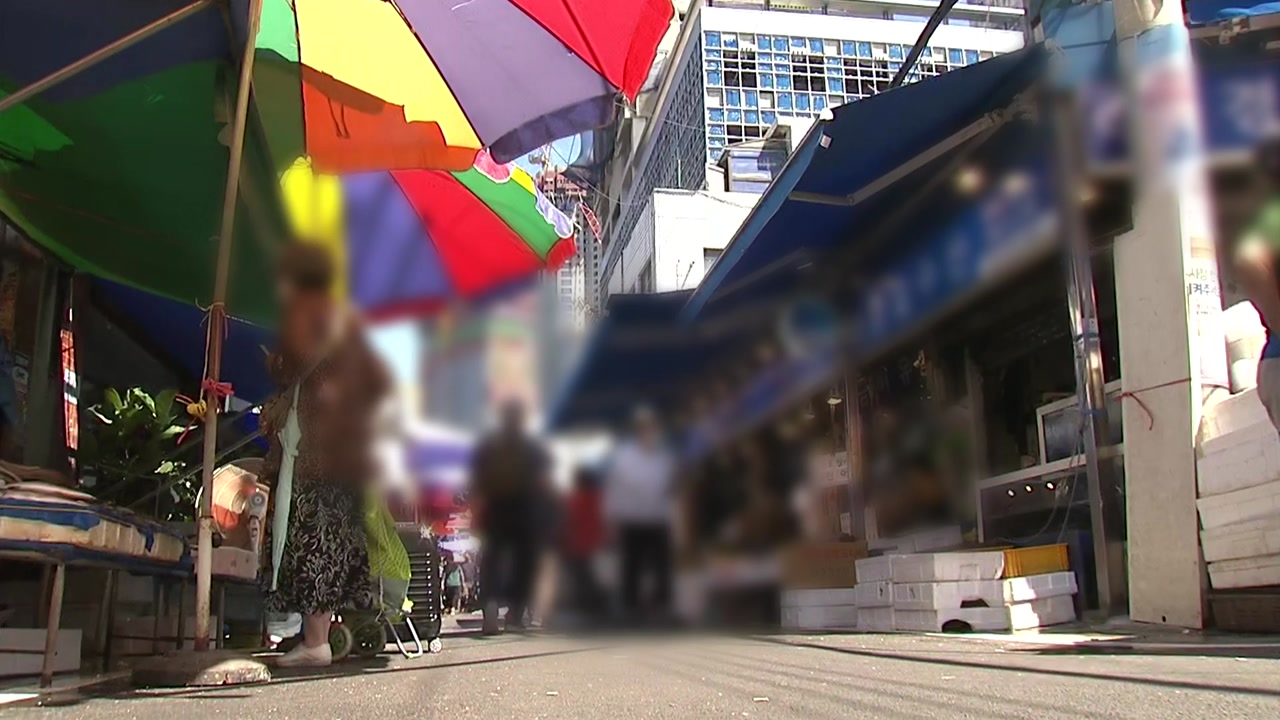 In particular, there is a big concern that the infection will not spread ahead of the Chuseok holiday as the number of confirmed cases has emerged one after another in the market.

The quarantine authorities decided to implement special quarantine measures for Chuseok to prevent the spread of infection this holiday season.

A reporter is on the scene. Reporter Da-yeon Kim!

Yes, it is in front of the fish market in Dongdaemun-gu, Seoul.

Did a cluster infection occur there too? How is the field situation?

Yes, it is the fish market where the confirmed cases came out, but there is a fruit and vegetable market right across the street, so I am worried that the scale of the infection will increase.

Now, the ward office staff are conducting a preliminary investigation to set up a screening clinic in the market.

Merchants were instructed to get tested every two days, and disaster texts were sent to market visitors.

The first confirmed case here was on the 30th of last month.

After one worker was first confirmed, it spread to other workers and their families.

On the morning of the 4th, 9 additional confirmed cases were confirmed, and the ward office explained that 31 people have been confirmed so far.

This is a higher number than the data released by the Seoul Metropolitan Government as of 0:00 this morning.

Previously, a group infection occurred at the Noryangjin Fish Market in Seoul.

Since one worker was confirmed on the 3rd of last month, close to 100 people have been confirmed so far.

A lot of people are looking for markets or marts ahead of the Chuseok holiday.

The quarantine authorities have come up with special measures to prevent further spread.

First of all, we decided to conduct a special inspection on traditional markets, and to recommend management of the visitor list, such as a ‘safe call’ that authenticates by phone.

In the case of department stores and marts, from the 3rd stage, it was recommended to manage the visitor list for semi-large stores of 300 square meters or more, and prohibited events or tastings.

Infections are coming out not only in the market but also in other multi-use facilities, please summarize the infection situation in the metropolitan area.

New infections are being confirmed in sports facilities, schools, and workplaces.

At an indoor sports facility in Seodaemun-gu, Seoul, on the 28th of last month, a student was confirmed for the first time.

Since then, it has spread to workers, students, and families, and the cumulative number of confirmed cases has risen to 28.

In Gangnam-gu, the infection started in high school and spread to private academies, bringing the number of related confirmed cases to 14.

At an infant daycare facility in Suwon, Gyeonggi, since the first confirmed case on the 27th of last month, 37 related infections have been identified so far.

At the workplace in Yangcheon-gu, Seoul, an employee was first confirmed on the 28th of last month, and since then, the cumulative number of confirmed cases has risen to 75.

The quarantine authorities have issued special quarantine measures for Chuseok, but we cannot be relieved.

Since the mutant virus is leading the fourth wave and a large-scale movement is expected during the holidays, strict adherence to quarantine rules is of utmost importance.

Until now, this is YTN Kim Da-yeon in front of the fish market in Dongdaemun-gu, Seoul.