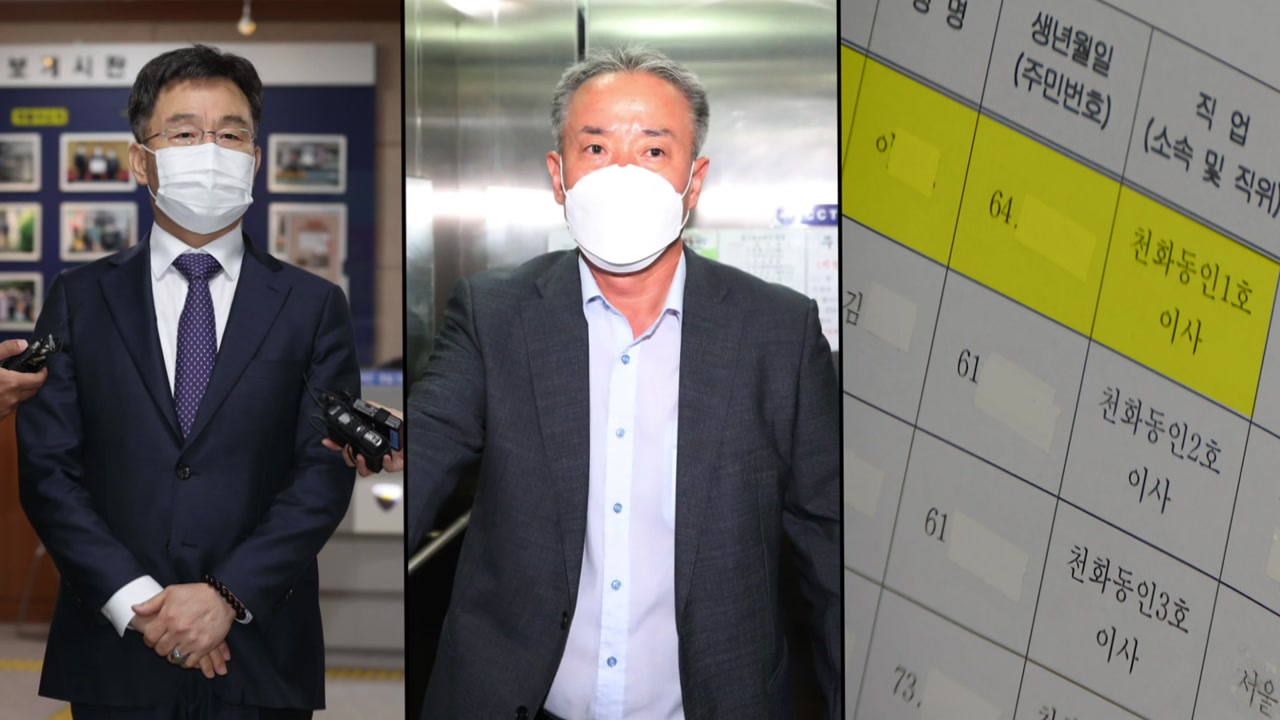 All of them shared personal connections and business know-how with seniors and juniors at the same university, and they controlled Hwacheon Daeyu’s funds.

The key is to reveal where the money is coming from and whether there are other people at the top.

This is a report by Kim Dae-gyeom, a reporter.

Hwacheon Daiyu has received a total of 44 billion won in dividends over the past three years for the development of Daejang-dong, Seongnam.

Of this, 340 billion won, or 84%, went to its subsidiary, Cheonhwa Dongin, and the largest shareholder, Kim Man-bae, was at the center of the suspicion.

This is because it owns 100% of Hwacheon Daewoo shares and also owns Cheonhwa-dongin No. 1, which received the largest dividend of 120 billion won.

Another subject of investigation is Hwacheon Daeyu CEO Lee Seong-moon.

It is known that Kim Man-bae and his college seniors and juniors were lawyers specializing in real estate.

The last person, Cheonhwa-dongin No. 1 CEO Lee Mo, is a senior at the same university as Mr. Kim. From November 2018 to March of this year, he worked as an auditor for Hwacheon Daewoo, and then moved to an internal director position.

As it was confirmed that he was an aide to former lawmaker Lee Hwa-young, a close aide to Governor Lee Jae-myung, he was raised as a key figure in uncovering the suspicious money flow of Hwacheon Daewoo.

All of these people found suspicious traces of using funds from Hwacheon Daeyu, but revealing where the money was used and whether there is a real owner of the money has emerged as another key axis of the investigation into the Daejang-dong suspicion.

This is YTN Kim Dae-gyeom.