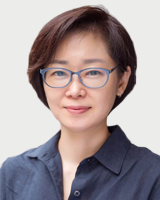 Since 2011, I have been working as a judge for the Barista Certification Practical Test of the Korea Coffee Association. The Korea Coffee Association Barista Practical Test evaluates the sensory field as well as the technical evaluation. The technical evaluation evaluates whether the operation of extracting coffee using a coffee machine is properly executed, and the sensory evaluation evaluates the flavor of the extracted coffee by providing the extracted coffee to the judges as if they were provided to customers. Therefore, for the practical exam, judges who evaluate each field are needed, and two judges, including the senior judge, usually perform the evaluation in a group. The sensory field evaluation is a very arduous task as all test takers must taste and evaluate the coffee extracted one by one. Mainly, the senior judges are in charge of the sensory field evaluation.

Practical exams are usually held 3 days a week on Fridays and Saturdays, and in the case of the author, I participated as a judge for the entire 3 days at first, and as a senior judge, I did a lot of evaluation in the sensory field. As a result of a recent medical examination, he was diagnosed with hyperlipidemia in the early stage of taking medication. It was thought that there was no particular problem with the diet, so I was wondering if coffee had an effect on hyperlipidemia, so I searched related papers and looked into it.

According to the 2012 master’s thesis “Relationship between coffee consumption and blood cholesterol in healthy Korean adult males” of Yonsei University’s Department of Medicine, Yonsei University, a positive correlation between coffee consumption and blood total cholesterol and LDL-cholesterol compared to the group with low coffee consumption. has been shown to affect Jeong Ji-yeon, among the subjects of the National Health and Nutrition Examination Survey, surveyed 722 healthy adult males over 20 years of age, through questionnaires, physical measurements, and blood tests, in four groups (do not drink at all, less than 1 cup a day, 1 cup a day, 2 cups a day). As a result of the analysis by dividing into two groups, it was suggested that drinking a lot of coffee could rather have an effect on hyperlipidemia.

However, there are also papers with contradictory conclusions.

In addition, Kim Eun-kyung et al., published a paper on “The Effect of Coffee and Green Tea Consumption Frequency on Hepatitis Levels and Metabolic Syndrome in Koreans” in the Journal of the Korean Society of Industry-Academic Technology in 2012. Among about 48,000 people of all ages who received the National Health and Nutrition Examination Survey, adult men and women between the ages of 19 and 79 in Korea showed that their lifestyle habits of consuming coffee and green tea showed that the serum AST and ALT ( It is a scale, the higher the number, the more liver damage) and the effect on metabolic syndrome. As a result, when more than one cup of coffee was consumed per day, the prevalence of hypertension, abnormal fasting blood sugar, and hyperlipidemia were lowered, and the incidence of metabolic syndrome was also significantly lower. In the group that consumed two or more cups of coffee per day, total energy intake and body mass index were increased, but hypertension, hyperlipidemia, and fasting blood sugar were significantly lowered, and the incidence of metabolic syndrome was also lowered. In particular, the higher the coffee drink, the lower the serum AST. On the other hand, the increase in the frequency of green tea intake had no effect on serum AST and ALT. That is, it was found that drinking a lot of green tea was not related to body mass index and the prevalence of metabolic syndrome, but it was confirmed that the serum AST level of those who consumed a lot of coffee was lowered.

The results of all the papers reviewed above are not consistent and cause confusion. In addition, there is no mention of how the coffee was extracted, only mentioning that coffee was used. The content of lipids in the extracted beverage varies greatly depending on the coffee extraction method. If you extract using pressure with a coffee machine, a lot of lipid components in the drink are added. The lipid component can be filtered out by drip extraction using a paper filter. Therefore, it is regrettable that a more accurate analysis would have been possible if the study was conducted in consideration of the extraction method of coffee consumed by coffee drinkers.

In Korea, adults over the age of 20 drink more than 385 cups of coffee per year. Excluding people who don’t drink coffee, coffee drinkers drink at least 2-3 cups a day. Now that I drink a lot of coffee, I need to know exactly how coffee affects my health and enjoy coffee. Although many papers have been published on the health-promoting effects of coffee, Research on the effect of coffee on cardiovascular diseases, such as hyperlipidemia, is still scarce, to the extent that domestic studies on the relationship between coffee and cardiovascular disease have produced contradictory results. It is hoped that further studies will be conducted on the correlation between coffee and cardiovascular disease.

※ Manuscripts by external authors may not match the editorial direction of IT Chosun.
Columnist Shin Hye-kyung majored in educational engineering at Ewha Womans University and received a doctorate in public health with a major in coffee industry at Seoul Venture Graduate University. She served as an assistant professor at Dongwon Science and Technology University’s Coffee Barista Confectionery Department and Jeonju Jeonju University Hotel Sommelier Barista Department. She is a barista and she serves as a first-class practical evaluation member, editorial chair of the academic committee of the Korea Coffee Association, and a director of the Korean Coffee Association. She runs a cafe called ‘Gem in Brown’ in Seocho-dong and ‘Shin Hye-kyung Coffee Academy’ in Seokchon-dong. , , there is
cooykiwi1@gmail.com