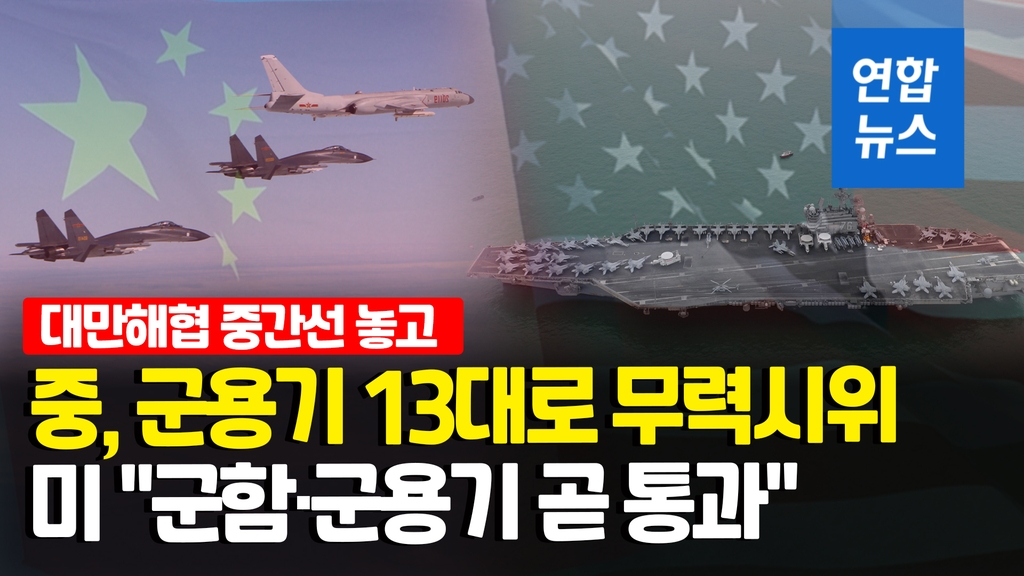 (Seoul Yonhap News) A Chinese military plane flew over the midline of the Taiwan Strait again.

Taiwan’s Ministry of Defense announced that 13 Chinese military aircraft had crossed the midline of the Taiwan Strait by 5 pm (local time) on the 13th.

The Taiwan Strait Midline is an unofficial demarcation line declared by U.S. Air Force General Benjamin Davis in 1955 to prevent a military clash between China and Taiwan after the signing of the Treaty of Mutual Defense between the United States and Taiwan in December 1954.

After US House of Representatives Speaker Nancy Pelosi’s visit to Taiwan, armed protests by Chinese troops crossing the midline of the Taiwan Strait have become commonplace, this time the United States has announced that warships and aircraft will pass through the Taiwan Strait within weeks.

White House National Security Council Indo-Pacific Coordinator Kurt Campbell said on the 12th (local time) that China used Pelosi’s visit to Taiwan as an excuse to jeopardize peace and stability in the Taiwan Strait and change the status quo.

This raises the possibility that the U.S.-China relationship will fluctuate once again.