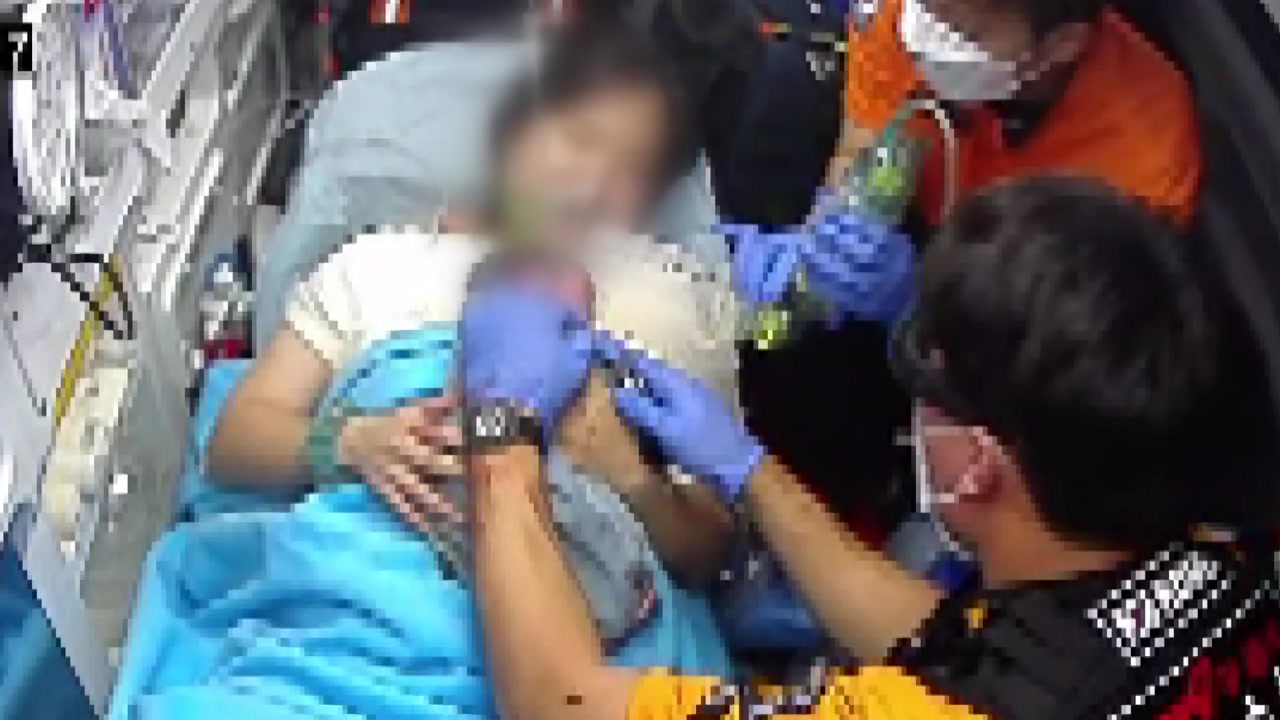 A woman on her way to the hospital on the eve of the Chuseok holiday last year gave birth to a baby in her car while passing the highway.

The mother was exhausted, and the baby was not even breathing, but the 119 firefighters on the scene saved precious lives with prompt response.

A firefighter with a newborn baby in his arms enters the ambulance.

Wipe the baby’s body with a towel, and it’s exhaustive.

Soon after, the mother, lying on a stretcher, also enters the ambulance.

At the dawn of the 17th, a 30-year-old woman, who was about to give birth, had labor pains, and she and her husband departed from Hongcheon, Gangwon-do, to an obstetrics and gynecology department in Seoul.

However, before arriving at the hospital, while passing the Seoul-Yangyang Expressway, a baby was born.

The newborn did not cry, and his skin was pale.

Fortunately, the 119 ambulance arrived within 10 minutes of receiving the report, and first aid was provided immediately.

Paramedics communicated with professional medical staff through video calls and were instructed to cut the umbilical cord.

The mother, who was very tired, was also checked and put on an oxygen mask to rest.

Then, through first aid, the baby began to regain breathing, body temperature, and color.

And it arrived at the hospital in about 40 minutes, and both the mother and the baby were safe.

Firefighters Kang Min-ho, Lee Dae-han, and Yoo Jong-su, who saved the mother and baby, said they just did what they had to do and hope the baby grows up healthy.

This is YTN Hong Seongwook.