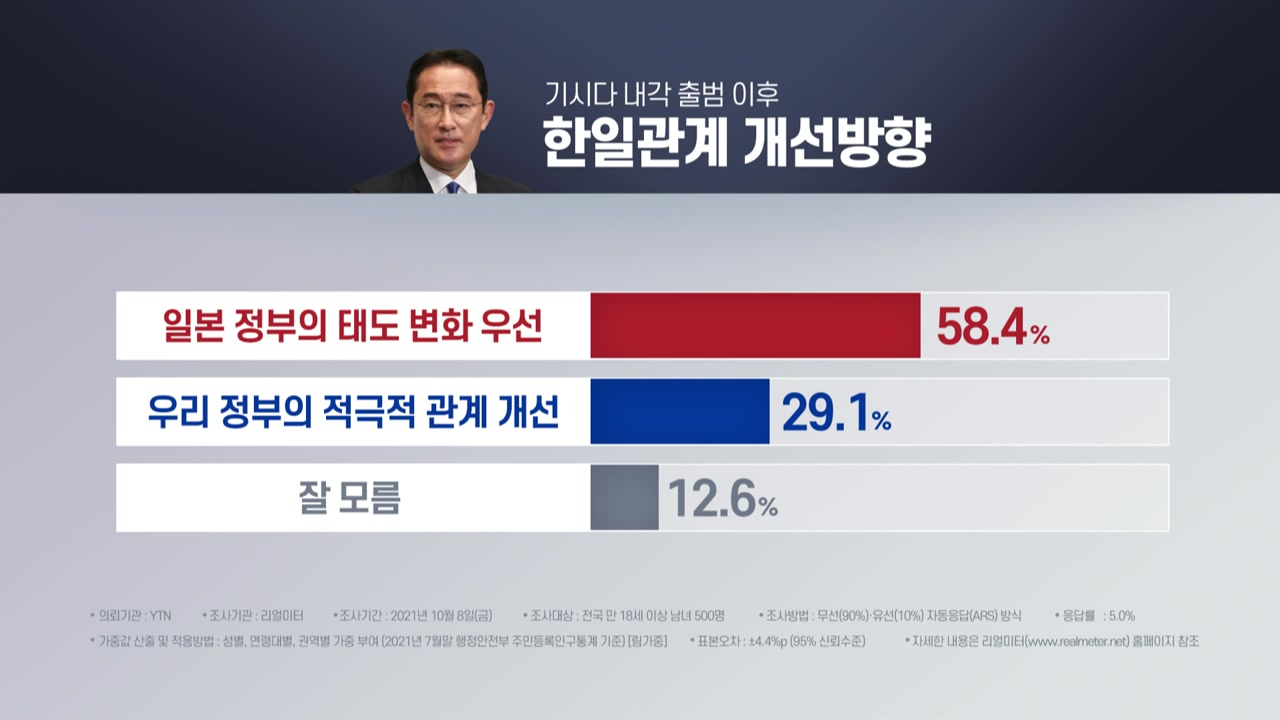 It is interesting to see what changes will occur in Korea-Japan relations, which have been in a long turmoil since Japan’s Kishida cabinet was newly inaugurated.

According to a poll, more than half of Koreans believe that the Japanese government’s forward-looking attitude change is necessary to improve relations between Korea and Japan in the future.

With the inauguration of a new cabinet in Japan, expectations for a change in Korea-Japan relations have been raised, but for now, the outlook is bleak.

In his first statement of conviction after taking office, which was 6,900 words long, only two sentences were mentioned about Korea.

How do our people view it?

As a result of YTN’s survey of the future direction of improvement of Korea-Japan relations after the Kishida cabinet was launched by commissioning a survey company Realmeter, 58.4% answered that ‘the forward-looking attitude of the Japanese government is necessary first’.

29.1% answered that ‘the government should be more proactive in improving relations’, and 12.6% answered ‘don’t know’.

This survey was conducted on the 8th of last month on 500 people over the age of 18 nationwide, and the sampling error is ±4.4%P at the 95% confidence level.

This is YTN Han Yeon-hee.