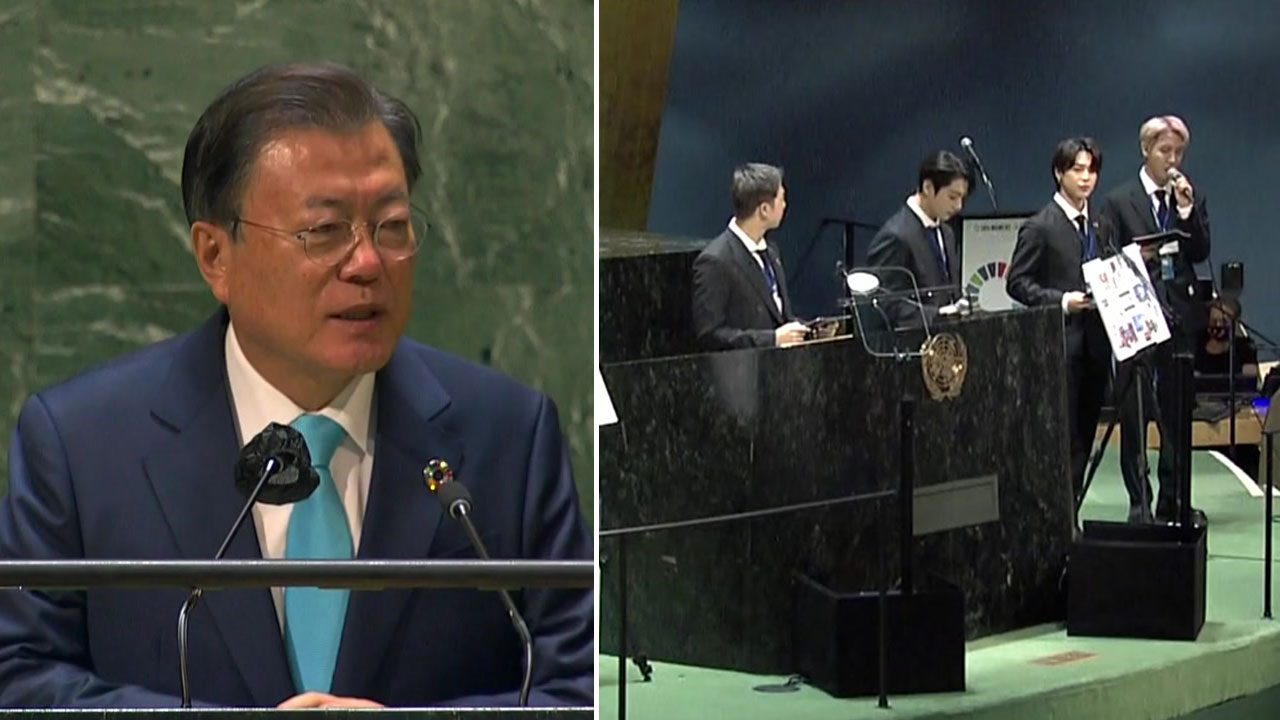 President Moon Jae-in, who is visiting the United States to attend the UN General Assembly, emphasized solidarity with the international community to overcome the Corona crisis at the annual event held a day before the opening of the General Assembly.

The group BTS, who was appointed as the president’s cultural special envoy, also attended this event and gave a speech.

We will connect with you in New York for more details. Reporter Hong Seon-gi!

President Moon Jae-in emphasized the importance of solidarity and cooperation in the international community amid the coronavirus crisis?

Yes, President Moon Jae-in emphasized the importance of inclusive international cooperation in which no one is left behind in order to achieve the Sustainable Development Goals, a common goal of mankind in the midst of the Corona crisis, at the high-level meeting of the SDGs, or SDGs, held a day before the opening of the UN General Assembly. I did.

He added that, for this, solidarity and cooperation of the international community are of the utmost importance.

To this end, he emphasized the need to reduce vaccine inequality through equitable access and distribution of vaccines and to enhance the resilience of the health care system to prepare for future crises.

In addition, digital infrastructure, technology, and capacity enhancement along with climate change responses were presented as action tasks for the international community.

At the same time, he explained how the Korean government would contribute, such as donating $200 million to COVAX AMC for vaccine support in developing countries.

SDG Moment is an event held annually by the United Nations to urge the international community’s interest and action to achieve the Sustainable Development Goals by 2030.

This year, President Moon Jae-in was the only member of the United Nations to give a speech.

But at today’s event, the group BTS also gave a speech?

Yes, this year’s UN SDG high-level meeting opening session, along with President Moon Jae-in, the group BTS was also invited to give a speech.

The emphasis was placed on delivering the voices of future generations to achieve the Sustainable Development Goals, a common goal of mankind.

After the speech, a video of BTS’ song Permission to Dance performance was screened, and it was also broadcast around the world through the United Nations WebTV.

This is Sunki Hong of YTN in New York, USA where the UN General Assembly is being held.