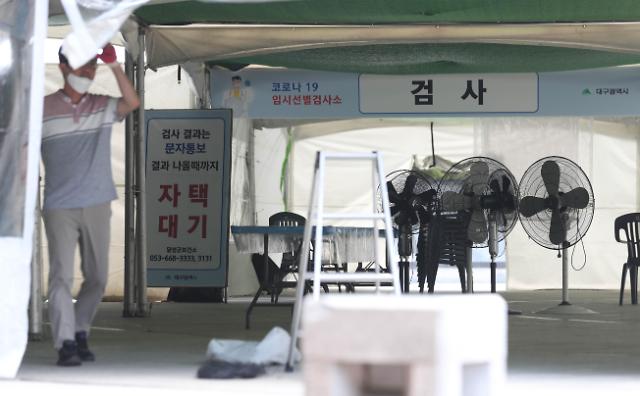 A temporary screening and testing center for the novel coronavirus infection (COVID-19) is being installed at the National Debt Compensation Movement Memorial Park in Jung-gu, Daegu on the 29th. [사진=연합뉴스]

As the COVID-19 pandemic continues, the number of new cases has slowed slightly compared to the previous day.

As the epidemic has calmed down, the government is cautiously predicting that the peak of the number of new daily cases of this epidemic may be less than the 300,000 originally expected. In a briefing at the Central Disaster and Safety Countermeasures Headquarters on the 29th, Baek Kyung-ran, director of the Korea Centers for Disease Control and Prevention, explained, “There is a possibility that the peak of 200,000, which is lower than originally expected, will be formed earlier than expected.”

Meanwhile, the Korea Centers for Disease Control and Prevention (KCDC) announced that three additional patients infected with the BA2.75 (aka centaur mutation) mutation were introduced from abroad. This brings the total number of confirmed cases of centaur mutation infection to seven. It is known that the centaur mutation has 8 more spike gene mutations compared to BA.