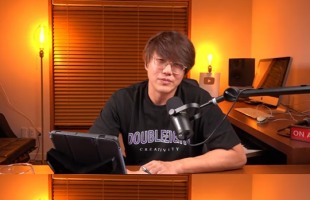 [헤럴드POP=조은미 기자]Singer Seong Si-kyung maintained a strong attitude by reporting the current state of the lawsuit against malicious commenters.

During a live broadcast on his personal YouTube channel on the 3rd, Seong Si-kyung brought up a story about the current state of being sued by a person who spread malicious comments.

He said, “There are a few serious people who make malicious comments, and there are certain people I want to catch. Almost all of them are here.” He said, “I think I’m relieved because it’s Instagram and Google. said.

He continued, “I knew that the US site did not provide personal information easily, and even the fans were mocking me, but I am a little different. I can do enough right now, but I want you to continue without suddenly hiding.”

In addition, Seong Si-kyung said, “I didn’t put the news together, but the person who continued to criticize was a person who was trying to take a test from the education side, and I sent a reflective letter asking for forgiveness. I wrote it, so you shouldn’t work in the education sector. You might find out later, but then you can start a business. Don’t think about teaching anyone, just do business with a good heart. I can’t.”

He continued, “You will get a surprising result. I tried. I also contacted Google and Instagram officials,” and showed a consistent attitude with regard to suing malicious commenters. He said he is also introducing lawyers to people around him who are having a hard time with malicious comments.

He said, “The statement of remorse can be sincere. But it is really long. I thought that he was someone who wrote this correctly. He said he was very, very sorry, but I wanted to tell him that he was hurt so much.” He also explained why he made this decision, saying, “The fans were having a hard time. That’s why I filed a complaint.”

In January, Sung Si-kyung sued netizens who wrote malicious posts and comments. Then, in June, some of the suspects were found to have spread false information and made insulting slander and were sentenced to fines. In addition, the remaining suspects were also suspended from prosecution on condition that they completed their education.

Sung Si-kyung is still suing malicious commenters who continue to slander towards him.