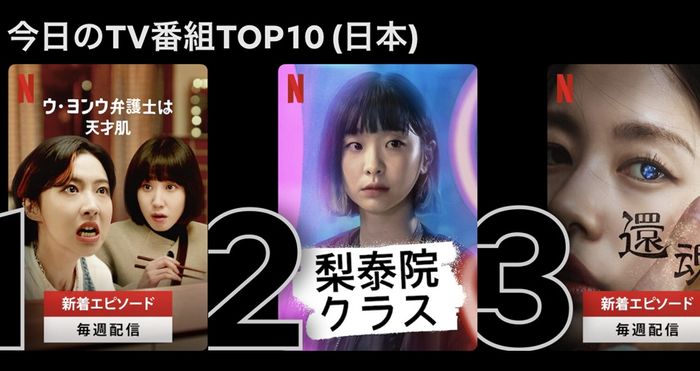 2020 was a year that led to a dramatic reversal of the Korean Wave in Japan. In 2019, when the Japanese government tightened export restrictions on South Korea, the atmosphere between the two countries froze. The ‘No Japan’ movement took place in Korea, and those who planned a trip to Japan were busy canceling it.

In Japanese bookstores, the book ‘Anti-Japanese Tribalism’ by Lee Young-hoon, a controversial book that denied the compulsory mobilization and conscription of comfort women during the Japanese colonial period, was sold at Amazon Japan, an Internet bookstore in Japan. Large bookstores did best-seller marketing on ‘anti-Japanese tribalism’, and did not dare to hide the biased right-wing gaze in front of money.

In addition, some Japanese, who enjoyed a golden age from society to culture from the 1970s to the 1990s as a cultural powerhouse in Asia, did not forget the glory of the past and even scratched Korean content.

Hallyu and hate Korea have always coexisted, but their appearance has also changed over time. In 2019, despite their sharp feelings for each other, they fell in love with ‘Itaewon Class’ and ‘Crash Landing on You’, which were serviced through Netflix in Japan. Since then, Korean dramas released through Netflix such as ‘Squid Game’, ‘Hell’, ‘Now at our school’, and ‘Boys Judgment’ received a lot of love.

However, there have always been people who showed superior nationality or had uncomfortable feelings toward Korea. Jun Matsumoto of Arashi said, “At present, the Asian pop generation is emerging because of the worldwide popularity of BTS, all of which have their roots in the basic work that Johnny did in the 1960s.” The heritage continues and lives on. You can see flowers that are taking root in other cultures and countries.”

Even now, it is still unknown how this atmosphere will change and coexist. Here, when the news of the death of former Prime Minister Shinzo Abe in July came out, voices are coming out that they will face another change.

However, writer Shin Chang-ki (hereafter Shin Shin-ga), author of ‘Japan, a country of hatred’, predicted that the assassination and death of former Prime Minister Abe had no effect on the Korean Wave in Japan. Writer Shin said, “This time, rumors such as ‘The culprit is a Korean Zainichi’ spread without any doubt, and even the major media immediately reported it without any verification. And Abe is the one who brought hatred into politics. Moreover, in Japan, the criminal Reports are pouring in as attention is focused on the Unification Church, which is said to be missing from the mother of . However, there are two reasons why political factors do not influence the Korean Wave in Japan.”

Writer Shin argued that the majority of Hallyu consumers are women, and they are relatively uninterested in politics and therefore not sensitive to issues. She cites the reason that writer Shin said, “Even if you say you believe the reports of the hateful media, there are many people who think ‘I think so’ and draw a line saying that politics and culture are separate things.”

He cited the fact that six Korean films are currently ranked in the top 10 Netflix TV shows, saying, “Even after Prime Minister Abe’s death, Korean dramas continue to be popular. The remembrance is very meaningful.”

A Japanese entertainment official also said, “There are right-wing people with hateful feelings, but since it has become an environment where anyone can easily access K-pop as well as Korean dramas and movies, the era of refusing such content due to political feelings or historical issues seems to have passed.” “Especially, young people have no antipathy for Korean style, whether it be fashion or beauty, because they think that Korean style is a sophisticated and cool style. It is not likely that the popularity of Korean content will decline or have an impact because of the hatred of Korea.”

However, there were also Japanese media officials who objected to this view as being comfy. The official, who has experienced both Korean and Japanese entertainment, said, “There is a difference in knowledge and amount of historical facts. The Japanese lack interest in past history. There is little interest or awareness of the feelings of Koreans who are uncomfortable with Japan. Prejudice and preconceived notions formed by distorted history instillation have led to repeated hatred of Korea. Only when the trust relationship between Korea and Japan is built on will we be able to feel at ease.”

The National Navy seized 6.7 tons of cocaine in international operations