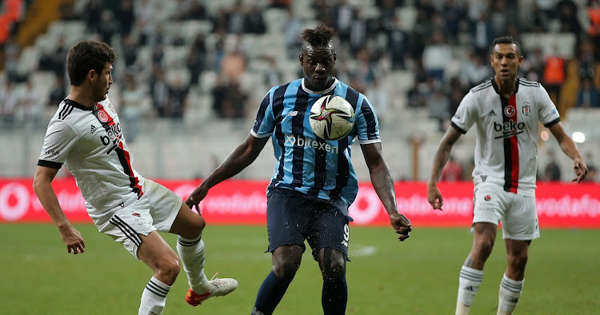 Entered during the second half, the Italian was decisive with a goal and an assist. He allowed the promoted to leave the Turkish capital with the point of draw.


Led 3-0, Adana Demirspor achieved a great feat at Besitkas by snatching the division (3-3) on Tuesday in Süper Lig. A fantastic comeback in which Mario Balotelli took part, scorer with a huge strike under the bar for the 2-3.

To celebrate his goal, Super Mario, rather resentful, decided to provoke the opposing coach by pointing his fingers at his head. As a reminder, Sergen Yalci had described the Italian as a “brainless player”, in 2013, when he distinguished himself with a roulette wheel in front of the goalkeeper who went wrong in a friendly match with Manchester City against LA Galaxy . A scene that had been around social networks and that had provoked the anger of the Skyblues coach at the time, Roberto Mancini.