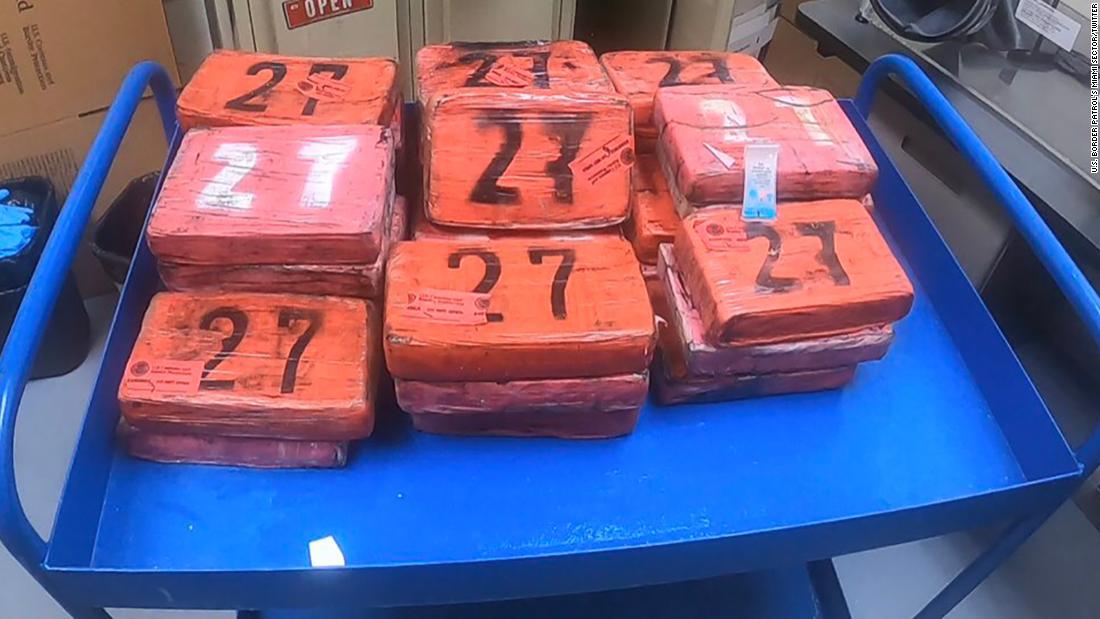 (CNN) — US Border Patrol agents seized more than $ 1 million worth of cocaine last week after it hit a Florida beach.

Thirty packages were discovered last Monday by a person on the beach in Hollywood, Florida, south of Fort Lauderdale, according to a statement from the Miami sector of the United States Border Patrol. The bather contacted the Hollywood Police Department, according to the statement, which then turned over the packages full of cocaine to Border Patrol agents.

“The 30 packages of cocaine weighed approximately 35 kilos, with an estimated street value of more than a million dollars,” the statement said.

The Miami Sector Border Patrol has recently responded to “multiple reports of narcotics hitting the beach” off the coast of Florida, the agency said. Over the course of July and August, the Miami sector of the Border Patrol seized more than 95 kilos of cocaine, according to the statement.

On Monday, a beachgoer discovered 30 packages with 78 lbs. of cocaine that washed-up at #Hollywood Beach #Florida. Miami Sector #BorderPatrol Agents seized the narcotics, valued at over 1 million dollars. Thankfully, the 78 lbs. of drugs didn’t make it into our community. pic.twitter.com/34Fk53RhaT

“These recent seizures represent hundreds of kilos of narcotics that will not reach our streets or our communities,” Modlin said in a statement to CNN. “We are grateful for the community’s support of our border security mission here in Florida.”