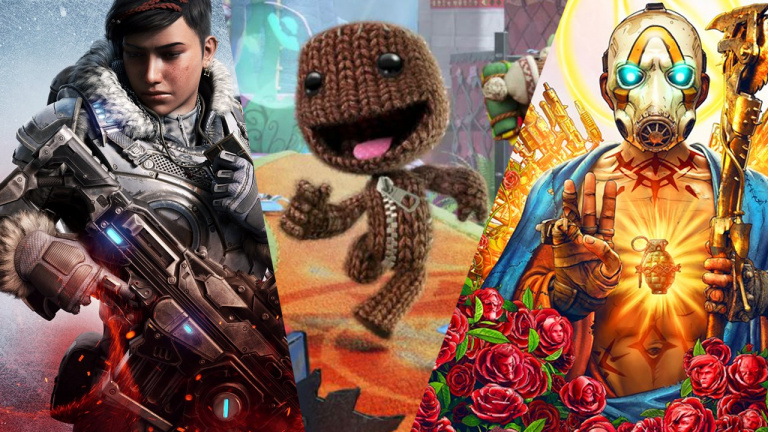 At the dawn of a probable third confinement, it is essential to find something to take care of during the coming days. Fortunately, as we have already seen during the first two confinements with the success of Animal Crossing: New Horizons or Among Us, the video game allows players to escape for a few hours and especially to do meetings. To help you get through the next few days, which are shaping up to be difficult, we are therefore offering you a small selection of cooperative experiences that will allow you to bond with strangers on the internet or even have a good weekend with your family on a one and the same sofa.

As our dear introduction proves, it is impossible to talk about the cooperative games to be achieved during a containment without going through the box Animal Crossing : New Horizons. Yes, as you probably already know, this new installment in Nintendo’s flagship saga allows players to explore many lands while enjoying the attention of a host. Ideal for forming friendships with other players around the world, or for sharing hard-bought items from the insatiable Tom Nook. Note, however, that it is necessary to subscribe to the Nintendo live subscription to take advantage of these features available exclusively online. If you’re the type who wants to share moments with your family – that’s where the cooperative aspect of the title comes in – it’s also possible to connect up to four Joy-Con simultaneously to build your village, or quite simply, have a good time.

Let’s continue with the Nintendo exclusives and now go to the side of the mascot of the Japanese giant, namely the mustached plumber Mario. The latter will be back on the hybrid console from February 12 with Super Mario 3D World + Bowser’s Fury and will offer you to play for many hours for four on the same screen, or online with three other players, in the company of Mario, Luigi, Peach and Toad, four characters with different abilities. This remaster of the game released for Wii U in 2013 also brings some additional features, including exclusive levels dedicated to the big bad of the series, Bowser.

Platformers are particularly effective in bringing players together, and it is for this reason that we now turn to Sony and its mascot made of wool. It is obviously about Sackboy : A Big Adventure, a three-dimensional adventure which, like its model, Super Mario 3D World, therefore, offers players to go through many colorful levels with three friends. The goal? Thwart the plans of the evil Vex, new enemy of our beloved plush. Also note that the levels have been specially designed by the developers to be played with two players. To succeed, therefore, it is imperative to help each other by making the short ladder to his ally for example, or by activating various switches to open passages.

Overcooked! All You Can Eat

When it comes to cooperative games, it’s impossible to miss the Overcooked saga! which notably inspired the party-games of recent months (Moving Out and The Stretchers on your mind). Whether it is the first or the second opus (which are both gathered on a single cake called Overcooked! All You Can Eat), the titles invite you to join forces with three other budding cooks to make as many dishes as possible in a given time, and this, in completely nightmarish kitchens. Note that the compilation Overcooked! All You Can Eat available on PlayStation 5 and Xbox Series X will offer you many hours of play, since it brings together all the game extensions for a total of 200 levels and allows you to play as forty playable characters.

Let’s abandon the titles with childish designs and start with violence, the real one, with Gears 5 ! Available on PC, Xbox One and Xbox Series, the title included in Xbox Game Pass, Microsoft’s service, invites you to bring together up to four great soldiers on the same screen or via the internet, to undermine the Vermin forces in many different game modes: multiplayer modes, but also Survival mode and the game’s main campaign which can be navigated with three controllers. If experience is not enough for you, also note that Gears 5 recently received an additional campaign named Hivebusters including making you play new heroes: Lahni, Keegan and Mac.

Obviously, in this list, we could have mentioned many FPS, starting with Call of Duty : Black Ops Cold War which allows players to fend off hordes of zombies as a team in a particularly successful side mode, but our gaze is naturally turned towards Borderlands 3. Gearbox’s latest creation, having recently welcomed the split-screen option on next-gen, allows Vault Hunters to play for hours without ever getting bored. Indeed, you will have something to do by venturing into the wasteland of the title, especially if you opt for the Season Pass still bringing together a total of four expansions.

Because there is something for everyone, we now offer a video game work in a completely different genre, Phasmophobia. In this horrific production that can only be played online, players take on the role of brave Ghostbusters armed with flashlights, UV lamps and crucifixes. This title, which can bring together a total of four players simultaneously, emphasizes communication between participants. Note however that the title is currently in Early Access on Steam.

It is obviously impossible to speak of cooperative titles without stopping on the productions of the talented Josef “Fuck The Oscars” Fares. The creator of Brothers : A Tale of Two Sons currently working on a new cooperative adventure, It Takes Two, released in 2018 A Way Out sur PC, PlayStation 4 et Xbox One. This experience playable exclusively for two players, whether locally or online, invites you to put yourself in the shoes of two outlaws who will do anything to escape from prison. This at least unique production tells us above all the story of a budding friendship between two characters. On the influence side, of course we find a certain Uncharted 4 : A Thief’s End. The icing on the cake is that the title is delivered when purchased with the Friend Pass, a pass that allows you to play with a friend who does not own the game.

Long before Celeste, there was a certain TowerFall Ascension, and the latter, unlike the new production of Matt Makes Games, can bring together up to four players simultaneously in a competitive mode. Obviously, although very interesting, this game mode is not our topic of the day. The one that interests us is the Campaign mode which is playable with a friend in co-op. If you want to play four in this game mode, also know that it is possible, at least, if you fall for the extension called Dark World. Be careful, this title is particularly difficult in the highest difficulties and asks you to be very vigilant if you do not want to succumb from the first seconds.

Let’s finish this list of games to do in cooperation with a certain Streets of Rage 4. The latter, available since April 30, 2020 on PC, PlayStation 4, Xbox One and Nintendo Switch, is the worthy successor of the third installment in the saga released 20 years earlier. This side-scrolling beat ’em up takes you through the dark streets to fend off lawless bandits. The title currently available on Xbox Game Pass, is playable online as well as locally, with another player and will allow you to play the iconic characters of the saga including Axel and Blaze.