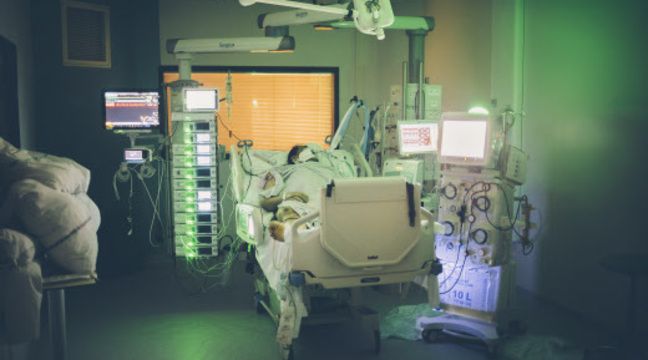 The figure has risen very slightly in recent days. According to data from Public Health France, nearly 1,000 patients with Covid-19 are hospitalized Tuesday in the intensive care unit.

With 121 new admissions in 24 hours, 978 patients are now in critical care wards, which are taking care of the most serious cases, up from 952 on Monday and 876 a week ago.

The threshold of 7,000 hospitalized patients crossed

The total number of hospitalized Covid-19 patients, which passed the 7,000 mark on Monday, reached 7,137 on Tuesday, including 557 new patients admitted in the past 24 hours. 28 deaths in hospital have also been recorded since the day before.

While France has been facing since early July a surge in contamination due to of the Delta variant, more contagious, and the lifting of the last restrictions, the pressure on the hospital had remained contained until then. But for two weeks, hospital indicators have started to rise again.

However, there is a “correlation between hospitalizations and diagnoses,” he said Tuesday the Minister of Health Olivier Véran, explaining that thanks to vaccination, “there are fewer patients hospitalized for severe forms of Covid in our country than there were in previous waves for an identical number of infected”.

Public Health France has also specified on its data portal that “for technical reasons”, the vaccination data for this day have not been communicated to it.