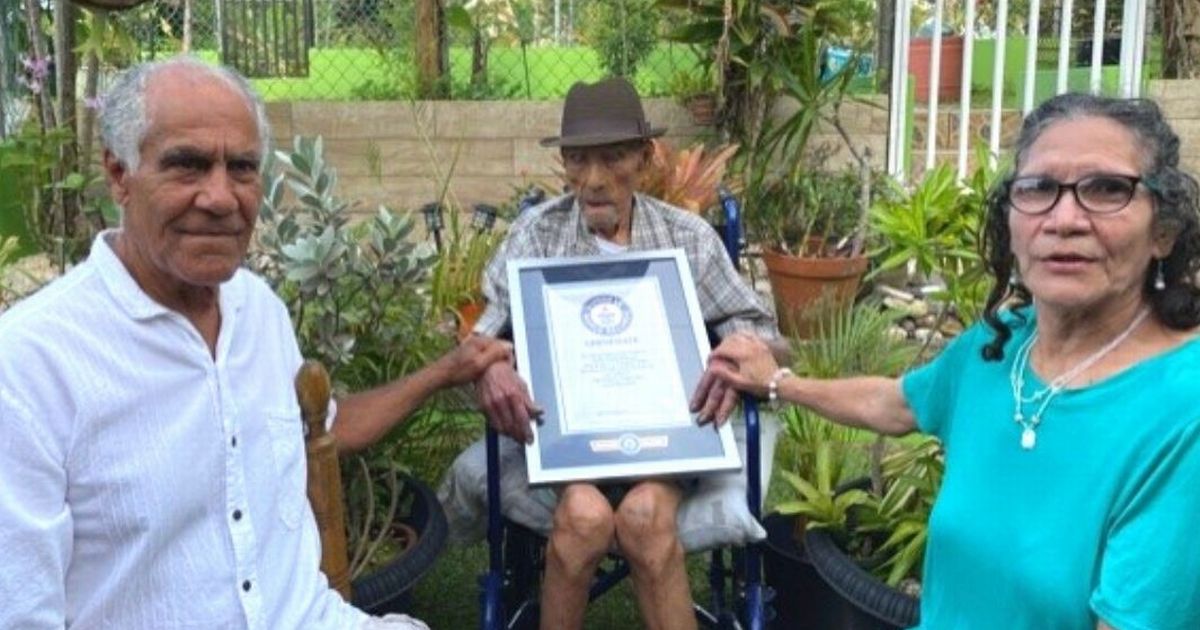 Born August 8, 1908 on the Caribbean island, the one his relatives call “Don Millo” is the second of 11 children.

He left school after three years of schooling to help his father on the family’s sugar cane plantation. Eldest son, he was responsible for household chores and caring for his nine surviving siblings.

The secret of its longevity? “My father raised me with love and taught me to love everyone,” he explained. “He always told me and my brothers and sisters to do good, to share everything with others. And then Christ lives in me!”

Emilio Flores Marquez had four children – two of whom died – with his wife Andrea Pérez De Flores, who died in 2010 after 75 years of marriage.

Despite his old age, he only suffers from deafness and had a pacemaker fitted at the age of 101.

The oldest of humanity is 117 years old

The oldest living man recognized by Guinness was previously Romanian Dumitru Comanescu, who held the title for a month before his death on June 27, 2020, at the age of 111 years and 219 days.

The oldest woman currently alive is Kane Tanaka, 117, and lives in Japan. The officially recognized human longevity record is held by Frenchwoman Jeanne Louise Calment, who lived 122 years and 164 days before passing away in 1997.

Among men, the Japanese Jiroemon Kimura is considered to be the one who lived the longest. He died shortly after his 116th birthday in June 2013.