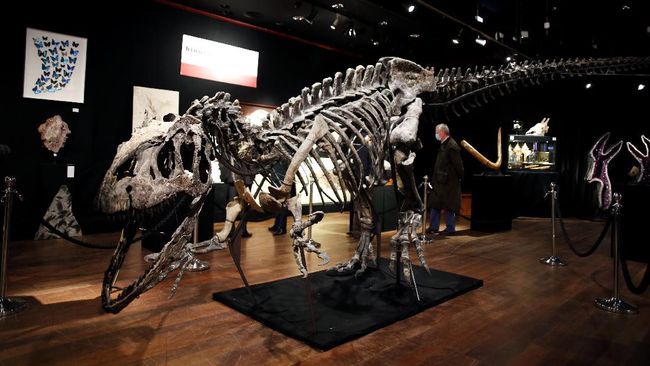 Scientists discovered titanosaur fossils the oldest which is the group of dinosaur largest in the history of Earth’s civilization. The dinosaur fossil was found in the southern city of Neuquen, Argentina.

The team of scientists say that the fossils represent a species of dinosaur called Ninjatitan zapatai that lived 140 million years ago during the Cretaceous Period. They identified Ninjatitan as Titanosaurus, a group of herbivorous dinosaurs with long necks that had four legs.

Incomplete dinosaur skeletal remains were found in the southern city of Neuquen. The researchers say Ninjatitan shows the titanosaurs as the first to emerge from previously known groups.

“It is the oldest known record, not only from Argentina but also around the world,” said Pablo Gallina, a researcher at the National Council for Scientific and Technical Research Argentina (CONICET) was quoted as saying Reuters.

He added that fossils 140 million years old are “extremely rare.” The researchers also say the presence of early titanosaurs in Patagonia supports the idea that titanosaurs originated in the southern hemisphere.

The findings, published in the scientific journal Ameghiniana, suggest that Titanosaurus was part of a larger group of dinosaurs called sauropods.

This group includes other dinosaurs with similar body designs such as the Brontosaurus and Diplodocus that lived in North America during the Jurassic Period, which predates the Cretaceous Period. Some of the titanosaurs that inhabited Patagonia were Argentinosaurus, Patagotitan, and Dreadnoughtus.

See Also:  Bits & Pretzels invites you to a digital breakfast

José Luis Carbadillo, another CONICET researcher, said the age of the Ninjatitan remains could lead one to assume that the bones belonged to a group of dinosaurs that were already titanosaur age.

“In Patagonia, titanosaurs were only known less than 120 million years ago,” he said.

Quoted Independent, titanosaurs were still roaming the Earth when the dinosaurs became extinct at the end of the Cretaceous Period about 65 million years ago.