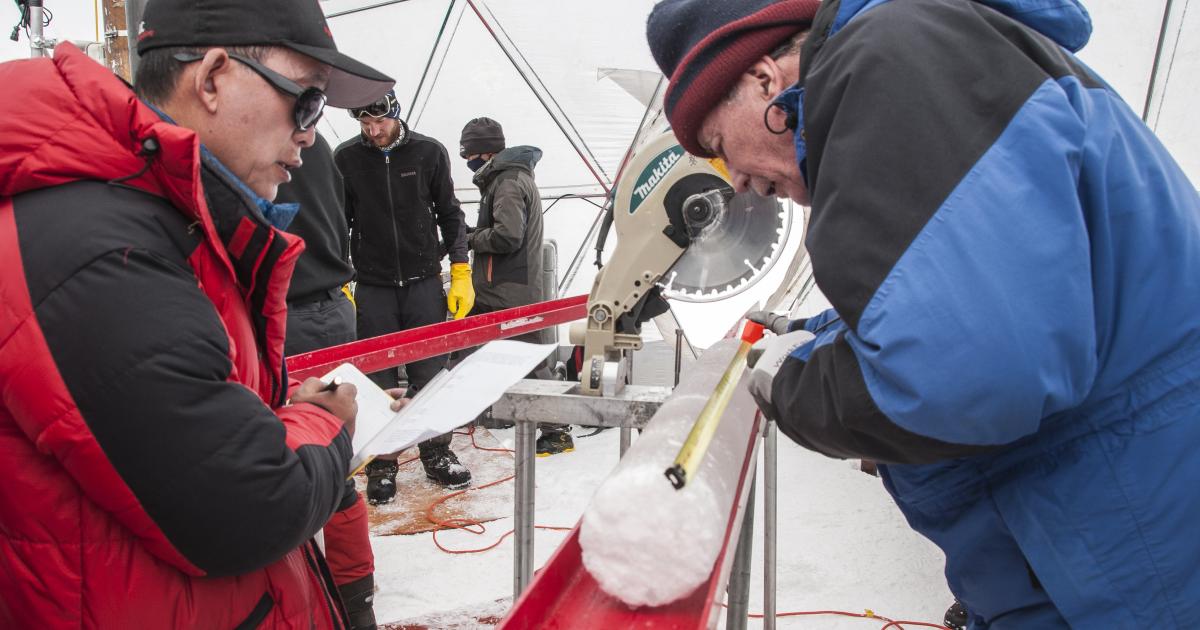 Live viruses have been found in the ice of Tibet. 28 viruses are so far unknown.

Researchers examined ice samples from 2015. Viruses were found that almost 15,000 years old are. Most of it is unknown. The study on this has now been published in the specialist journal Microbiome published.

The viruses were discovered in ice samples from Tibet. They come from the top of the Guliyathat is up to 6,000 meters above sea level extends. Using a mixture of old and new techniques, the age of the ice, which was taken by drilling, was determined to be almost 15,000 years.

33 viruses found, half are still alive

In the ice they found the genetic code of 33 viruses. 4 of them are known 28 are new. You’re not sure about one yet. According to the researchers, the viruses found are most likely coming of soil or plants, not from animals or humans.

About half of the viruses survived because they were frozen in the ice. “These viruses have signatures of genes that help them infect cells in cold environments. It is almost surreal how a virus can survive in such extreme conditions “, says Matthew Sullivan, Co-author of the study.

Virus signatures can help look for life in space

These signatures could be extracted using a newly developed method. The method enables viruses and microbes in the ice to be examined, without contaminating the ice. Because you now know these signatures, you can search for them in other extreme environments, such as am Moon, mars or other planets. This would be a clear indication of life, or that life once existed there.

For the researchers, glaciers are a kind Microbes, bacteria and viruses database. Because they are frozen over in layers, viruses from different epochs can be retrieved and examined through different drilling depths. This shows how viruses have developed and adapted to the climate of the environment.

It could also be used to research how viruses and bacteria will change in a warm period on earth, as we are currently experiencing. This information may help predict future mutations and pandemics that will be favored by climate change.

Climate change in this case is a double threat. As the glaciers recede, not only are the younger layers melting, but also older ones. The researchers are losing their database.

In addition, the Viruses released. Since some of them survive in the ice, they can come back into the environment. Evolution makes it possible that organisms no longer have any defense against such ancient viruses. This could lead to species striving or mutations that could possibly pass to humans.