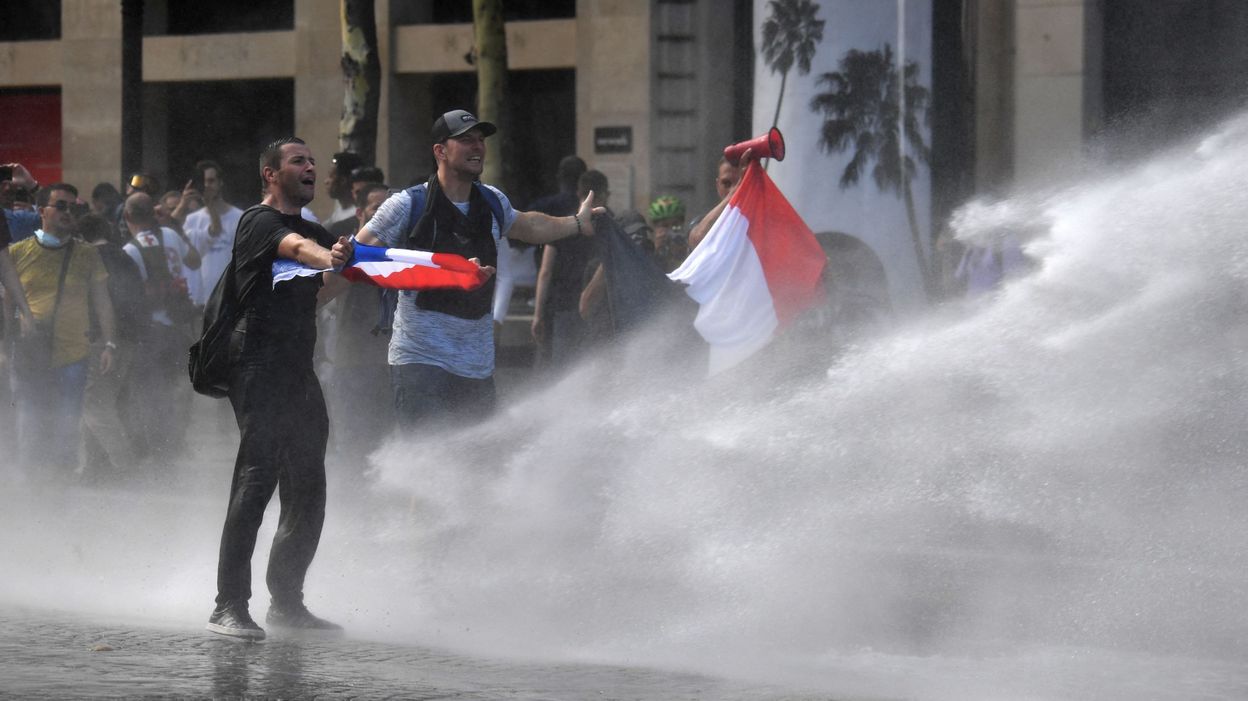 Incidents broke out late Saturday afternoon between demonstrators, who had participated a little earlier in the anti-sanitary pass processions, and the police in the area of ​​the avenue des Champs-Élysées in Paris, noted an AFP journalist.

About 200 people, who had participated a little earlier in the demonstrations against the health pass and compulsory vaccination for certain professions, found themselves on the Champs-Élysées where they clashed with the police. Shortly after 6:00 p.m., the demonstrators erected barricades and threw projectiles at the police who responded with tear gas grenades and water cannons, as tourists walked along the avenue. The traders have lowered their curtains and closed shop, it was also noted. The demonstrators were pushed back to the top of the Champs-Élysées, around the Arc de Triomphe, where traffic was reopened around 6:40 p.m., once calm returned.

►►► Read also : France: you now need a health pass to access places of leisure and culture

Several thousand people, dispersed in three processions, including one comprising many “yellow vests“, demonstrated in the capital against the health pass and compulsory vaccination for certain professions.