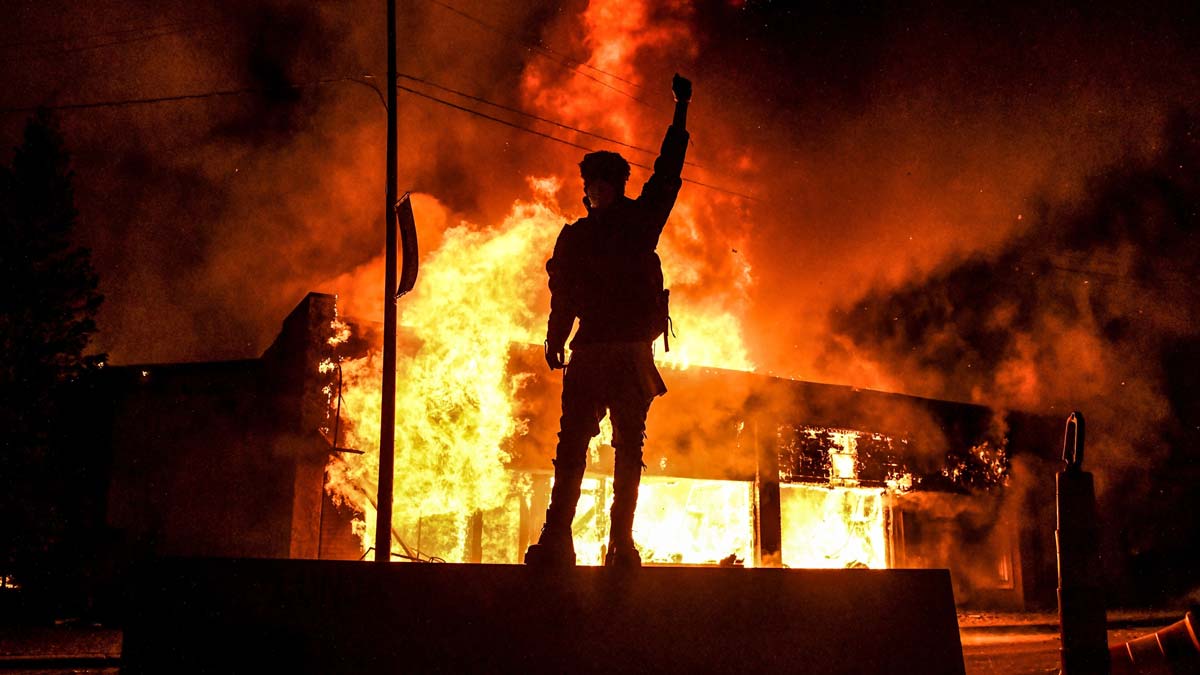 The racial unrest by the death of African American George Floyd at the hands of the police last Monday in Minneapolis, they spread to cities across the United States, with fires, looting and clashes between protesters and riot police. Two deaths have been reported to date: a 19-year-old man shot in Detroit and a federal agent also shot in Oakland.

The young man killed tonight in Detroit was shot while participating in the protests. According to police sources citing US media, a young man of 19 years, he was shot several times just before midnight on Friday when an individual who was driving in a vehicle He fired multiple shots at a group of people protesting Floyd’s death before escaping. The young man was taken to a city hospital, where his death was confirmed. Detroit Police investigate the event and search for the suspect.

Further, a federal agent is dead and another has been wounded by gunshots in an incident under investigation that occurred during the protests in Oakland, California.

The shooting occurred at the Oakland Down Town federal building, where two agents from the Federal Protective Service, an entity serving the Department of Homeland Security, were hit. One of the officers ended up succumbing to the injuries, according to police.

In Minneapolis hundreds of protesters defied curfew tax and as in the last three nights, they repeated this morning fires, vandalism and looting of shops.

One of the epicenters of the protests was the Fifth District Police Headquarters, after they burned down the building of the Third District Police Station on Thursday night, in front of which other protesters also gathered, some of them kneeling. and with a fist raised.

See Also:  Stewardess was assigned to sleep with a senior official, "Call her boyfriend simultaneously to listen to the voice" Explicit conversation flows out | International | Sanli News Network SETN.COM

The source of the protests is the death of African-American George Floyd, 40, who died Monday when he was arrested on suspicion of trying to use a fake $ 20 bill in a supermarket.

In videos recorded by passers-by, one of the four officers who participated in the arrest is seen, and who were later expelled from the body, subjecting Floyd to the ground, climbing on him and pressing her knee to his neck for several minutes, ignoring her pleas that she cannot breathe.

The police accused of murder

The disturbances this morning come amid calls for the peace of civilian leaders of the African-American community and despite the confidence of the authorities that the spirits would calm down after this Friday the prosecution formally accused agent Derek Chauvin, the policeman who he pressed Floyd’s neck with his knee, reckless murder and manslaughter.

The former police officer, who could be sentenced to up to twelve years in prison, has set a bond of half a million dollars.

Police have also been joined by the National Guard, which has been activated by Minnesota Governor Tim Walz to control the protests alongside state patrol forces.

In downtown Atlanta, near the main offices of the CNN television network, groups of protesters broke shop windows and clashed with riot officers, who repelled them with tear gas.

Some protesters threw stones at the CNN building and even vandalized it with graffiti and, amid the confusion, several police vehicles that were on the scene were also targeted by the stones and other blunt objects, and several of them were set on fire. .

See Also:  30 years since the reunification of Germany: end of the cycle?

In The Angels, After hours of protests in the streets of the center, there were clashes between the police and groups of protesters, who closed streets and destroyed vehicles.

According to the police, which had previously asked businesses to close their doors and residents to remain in their homes, at least two officers were injured in the incidents.

In NY the protests focused mainly on Brooklyn and Manhattan, where to the cry of “the life of the blacks does not matter”, Clashes with law enforcement also occurred, resulting in dozens of arrests.

The most violent actions took place in Brooklyn, with three epicenters, in Prospect Heighs in front of the Barclays Center, in the Clinton Hill neighborhood and in nearby Ford Green Park, where the participants burned a police vehicle.

Also in Washington, The capital, a demonstration in front of the White House that started out peaceful, with a rally, led to skirmishes with the police and Secret Service agents and the throwing of stones and other objects at the presidential mansion.

Protesters on more than one occasion some of the barricades were knocked down installed in front of the White House and the police made several arrests.

According to images taken from the incidents, the protesters, many of them wearing face masks as protection against the coronavirus, they chanted I can’t breathe one of the slogans of these protests in reference to Floyd’s pleas for Chovin to remove the knee from his neck.

There have also been protests, in some cases also violent, in Charlotte (North Carolina), in Houston and Dallas (Texas), and Denver (Colorado), among other cities.