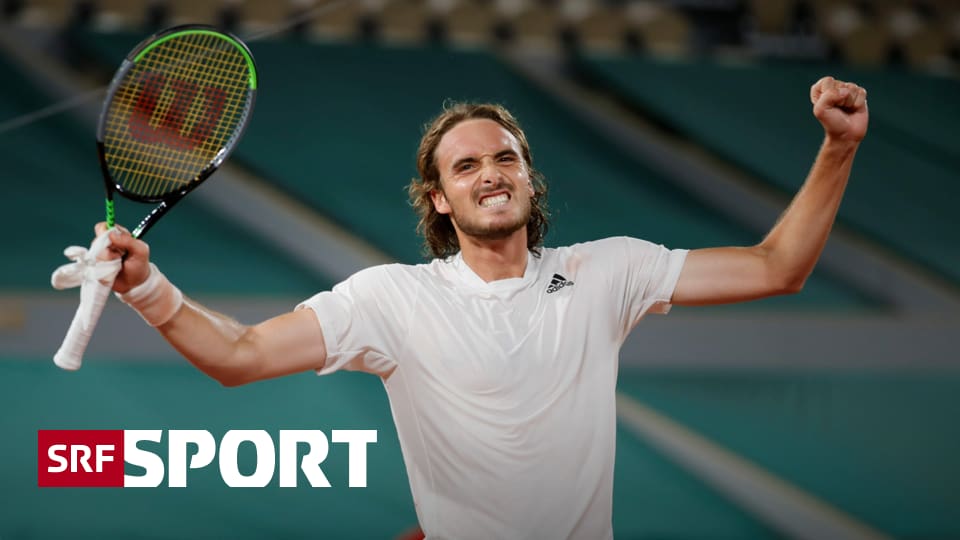 Stefanos Tsitsipas defeated Daniil Medvedev in the quarter-finals of the French Open 6: 3, 7: 6, 7: 5. Alexander Zverev is waiting in the semifinals.


The quarter-finals on Tuesday:

5 months ago Stefanos Tsitsipas had clearly lost out against Daniil Medvedev in the semifinals of the Australian Open. Now the Greek made it better in the 2nd Grand Slam tournament of the year. After 2:19 hours, Tsitsipas won the quarter-finals of the French Open 6: 3, 7: 6 and 7: 5.

The end was tough: Medvedev tried to surprise his opponent with a serve from below – the first and only in the entire game. But Tsitsipas, still on his feet as fast as an arrow, despite extremely intense rallies, ran into the ball and pushed it past the Russian.

Medvedev misses too many opportunities

Medvedev cannot blame himself too much after the quarter-finals. The lanky world number 2 had been able to keep up with Tsitsipas over long stretches, especially from the second round. In the key moments, however, the Greeks often kept the better ending to themselves. This can also be seen in the statistics of the break chances used. While Medvedev was only able to use 2 of his 8 opportunities, Tsitsipas used 4 of 7 breakballs.

If Tsitsipas wants to reach the final at Roland Garros for the first time, he still has to get Alexander Zverev out of the way. For the German it worked in the 6th attempt in the main field of the French Open for the first time with the qualification for the semi-finals. The world number 6 showed no problems at all with Alejandro Davidovich Fokina (ATP 46). The Spanish surprise man drew a pitch-black day in the biggest game of his young career. After just 96 minutes, Zverev used his first match point to make it 6: 4, 6: 1, 6: 1.

Only in the first round was Davidovich Fokina able to make the game more exciting. The 21-year-old took the lead twice with a break, but immediately restored this lead. Zverev then achieved the 4th and decisive service breakthrough in the start area at a score of 5: 4. While the German was able to improve as a result, Davidovich Fokina did nothing more. In the entire game, the Spaniard only won 3 of his 12 service games.

Follow the two quarter-finals for women and men live on SRF on Wednesday.