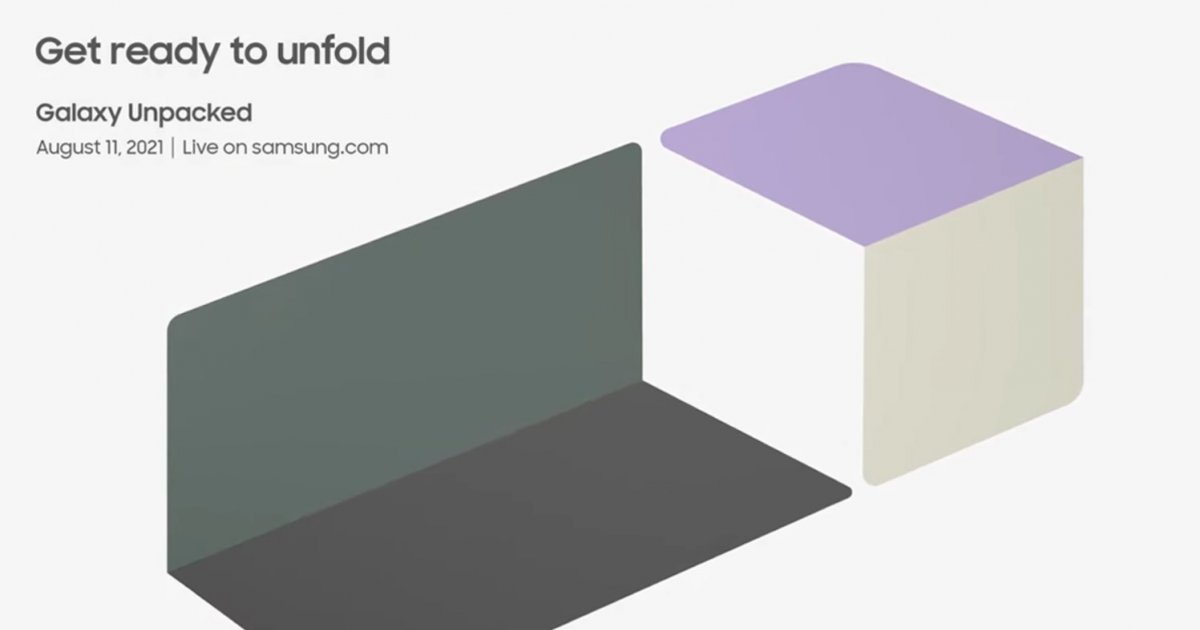 After numerous leaks and rumors, Samsung finally confirmed that it will hold the Galaxy Unpacked event on August 11. According to the teaser video released by the company, we can expect to see the next generation of foldable devices at the press conference.

Samsung said in the Galaxy Unpacked announcement post: “From the rapid transition of work culture to the rise of cutting-edge communication technology, we are living in an era of accelerated change.”

“Now more than ever, more flexible and versatile mobile devices are needed to keep up with our fast-paced life, so that we can enjoy every moment to the maximum.”

According to previous leaks, we already know that Samsung will hold the Galaxy Unpacked event on August 11th, but Samsung officially announced this news a few days ago.

As Samsung wrote “Get ready to unfold” in the trailer, we can expect the Galaxy Z Fold 3 and Galaxy Z Flip 3 to be unveiled at this conference. We have of course seen the renderings of these devices because they were exposed online last week.

In addition, fans can also look forward to seeing devices such as Galaxy Watch 4 and Galaxy Watch Active 4, which will be Samsung’s first two smart watches, while using the new Samsung One UI Watch interface in Google Wear, marking them even more Moving away from Tizen operating system.