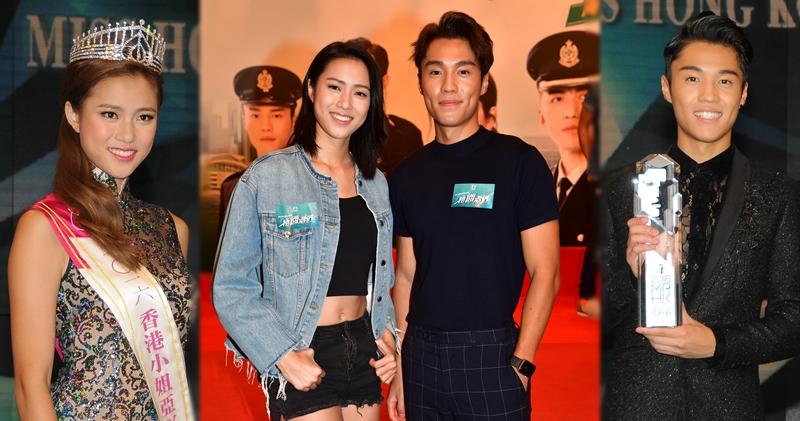 [Today’s direct hit]Liu Yingxuan, Ding Zilang, Liu Peiyue, Chen Ziyao, etc., today promoted the drama “Gatekeepers”. Liu Yingxuan and Ding Zilang are the runner-up of Miss Hong Kong 2016 and Mr. Hong Kong respectively. Liu Yingxuan said that he had a love triangle with Ding Zilang and Kong Dexian in the play. Ding Zilang said with a smile that he wanted to become Liu Yingxuan’s “soldier” in reality. He said, “I am the role. It’s a love idiot. We didn’t have any affection for this drama. It’s a pure puppy love. As for the ending, it’s happy ending.”

Ding Zilang said that there was no chance to show muscles in this show, and he had memorably filmed the marching scenes more than 10 times: “Because it is difficult to film a dozen people marching together, it is very difficult to clamp all the people in a neat and consistent movement. I also took more than 10 take Director Haocai understands that he didn’t bother us, and try his best to use the lens to accommodate the remedy.”

In order to match the character’s styling, Liu Yingxuan sacrificed her hair and cut it to the length of her ears. This was the shortest haircut in her life. She smiled and said that she struggled before changing her hair: “It was shocked before being cut. From thin to large, I have never tried such a short hair. The shocked effect became the bag surface and swelling. Fortunately, the effect is not as scary as expected, but I will not try short hair again. , I like long hair and can have more styles.”