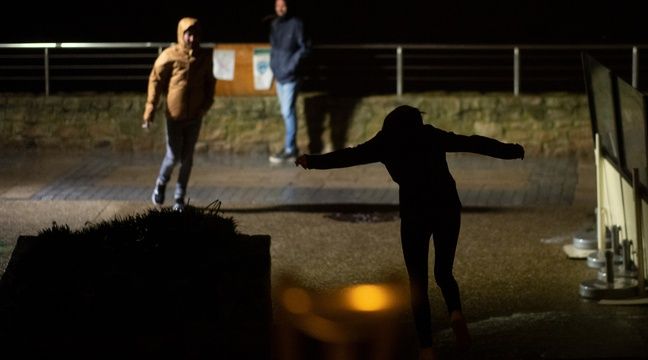 Due to the rain, wind and snow, Meteo France placed 24 departments on orange vigilance this Saturday for the risk of floods, waves-submersion and avalanches,
the organization announced in its morning newsletter.

During the night from Friday to Saturday, a new Atlantic disturbance, rainy and very windy, arrived from the west, mainly spraying the northwest of the country. The wind was quite strong. Saturday, in connection with the Justine depression, the disturbance that arrived the day before from the northwest, in particular Ireland, will give precipitation often moderate in the morning, from the Pyrenees to the northeast and to the north.

But Météo France calls for caution near the Belgian border, where snow will mix with rain. With the cooling at the end of the day, a thin layer of snow on the ground is possible in the Nord-Pas de Calais, under a moderate easterly wind. In the west, after a slight lull, the rains will resume at midday, with the wind sometimes quite strong. The gusts will reach 80 to 90 km / h in the Atlantic regions, temporarily 110 km / h on the coast at the end of the day. Be careful, strong waves are to be feared at the end of the day on the coasts of Finistère and Morbihan.

Snow in the Pyrenees

During the day, rainy weather will be blocked in the east of the country, as far as the east of Provence, with a rain-snow limit that will drop from 1,800 to 1,300 m. A few thunderstorms will break out near the French Riviera and Corsica. The wind will remain strong on the shores of the Mediterranean, with a north wind at 100 / 110km / h in the afternoon, and peaks at 100 / 130km / h on the Corsican capes at the end of the day.

Showers will increase in the southwest. It will snow at around 1,300 m in the middle of the day in the Pyrenees. The west wind will also blow quite strongly at the foot of the Pyrenean massif. Temperatures will be stationary and always mild, with 5 to 11 degrees for the minimum, locally 12 in the Southwest. Maximum temperatures will drop slightly from 7 to 13 degrees in the northern half and 11 to 15 in the south, to 16/17 in the extreme southeast.