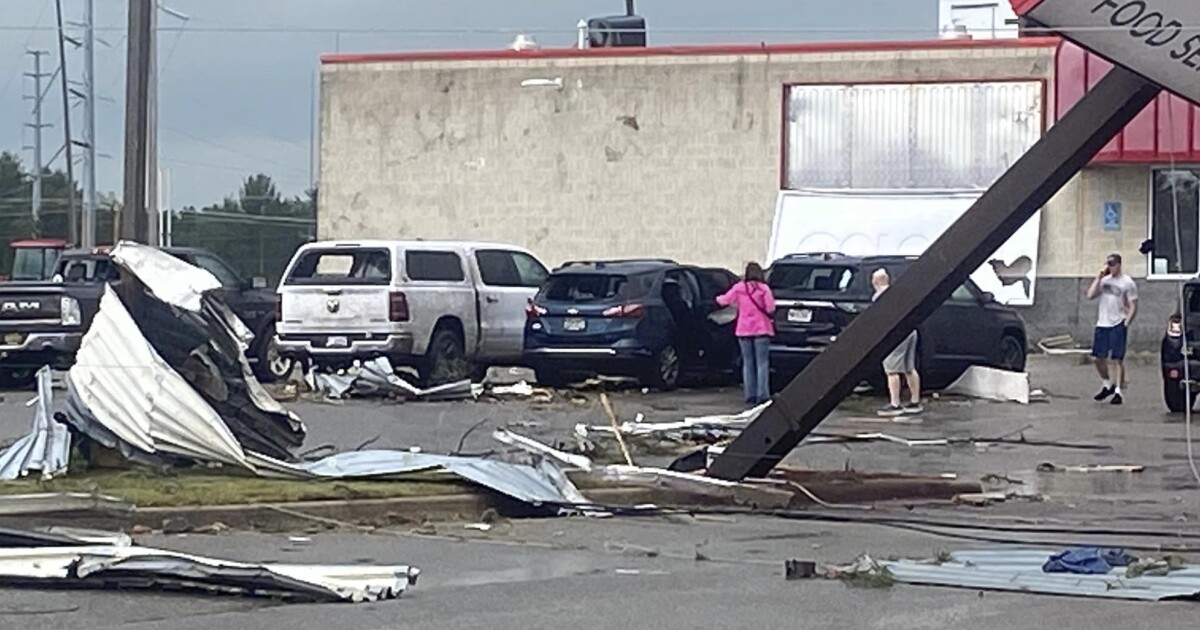 A second person was killed in a tornado that ripped through northern Michigan, authorities said Saturday, as first responders checked a manufactured home park that was all but destroyed by a rare twister in an area with no tornado warning sirens.

The 70-year-old lived in Nottingham Forest Park in Gaylord, one of the first places hit by the tornado on Friday afternoon, state police Lt. Derrick Carroll said.

The first reported death, another person in their seventies, also lived there, Carroll added.

“There have been trailers lifted and thrown on top of each other. It’s basically a huge debris field,” said Otsego County Fire Chief Chris Martin. “The rescuers are now there doing a second search, with heavy equipment.”

More than 40 people were injured. Carroll noted that at least one person was still missing as of Saturday morning, although that person did not live in the housing stock.

“There’s a lot to clean up,” Carroll said.

Roofs and walls at some businesses in the tornado’s path were shattered. Cars and trucks were upside down. Video posted online showed a dark tornado approaching as anxious drivers watched or slowly backed away.

Gaylord does not have tornado warning sirens. Carroll said people with cell phones received a “red” warning from the weather service about 10 minutes before the tornado hit.

John Boris of the weather service in Gaylord said the tornado passed through the community in about three minutes, but was grounded in the region for 26 minutes — a “pretty long” period.

To improve digestion.. 5 tips to relieve gas and bloating and improve gut health

These are the bank promotions, offers and discounts of Coppel in Mexico