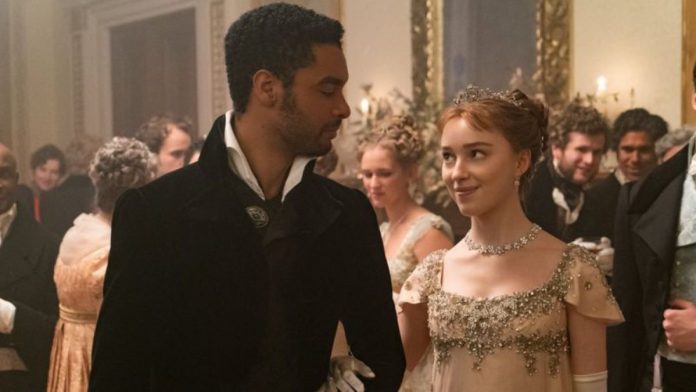 Bridgerton it was crowned the most watched series in Netflix history.

The platform streaming said this week in a statement that 82 million of accounts saw the series in its first 28 days of transmission after its premiere on December 25.

The romantic fiction series that recreates the lives of royalty and high society families in England in the early 1800s, surpassed The Witcher, Lupin, The Queen’s Gambit (Lady’s Gambit) or even Stranger Things.

However, it is worth clarifying that Netflix’s accounting method can be controversial, since the platform considers that a user saw content when they play it for two minutes or more.

Anyway, Bridgerton It is on the lips of many and its protagonists celebrated the news.

“I am SO proud of the amazing team behind this program! And thank you all for loving him, ”Phoebe Dynevor, the 25-year-old actress who plays Daphne Bridgerton, wrote on Instagram.

Regé-Jean Page, whose performance as the handsome Duke of Hastings won him admirers around the world, also celebrated the big audience data.

From all of us

To all of you

But what makes Bridgerton be a success ranking number one on Netflix in 83 countries?

We asked some specialists.

The colorful wardrobe of Bridgerton, the glamorous houses with their flower-decorated facades and the entertaining intertwining stories captured the interest of the global public.

Adapted from a series of historical romance novels by author Julia Quinn, the series shows members of the Bridgerton family as they move and socialize in 19th-century London high society.

“The popularity of ‘Bridgerton’ since its launch on Netflix does not surprise me. People love packed shows of drama, scandals and pretty people“Carolyn Hinds, writer and member of the Association of African American Film Critics (AAFCA), told BBC Mundo.

Additionally, Page and Dynevor’s portrayals of the Duke and Duchess ‘troubled relationship – with sex scenes that can raise an eyebrow – contributed to the series’ success.

And everything indicates that the series has an almost perfect mix of ingredients.

“My opinion is that Bridgerton has been so successful due to its very popular combination of two things that we have not seen together in such a way before: the escapism of Fiction classica vintage and the glitzy glamor and sex appeal of a modern youth drama“Said Hugh Montgomery, a BBC Culture journalist.

Another factor that makes this series very popular is the diversity of actors who play the characters.

Executive producer Shonda Rhimes (herself from Grey’s Anatomy and one of the big names on American television) was widely praised by the variety of its cast, casting black actors in the kind of historical roles that were traditionally filled by whites.

Of course, there are not many signs that the upper classes of the 19th century were highly racially diverse, but it is true that people of different ethnicities lived together in London at that time.

“I just wanted to normalize the fact that black and Asian people were there, that there were diverse people in England,” Joy Mitchell told the show. Newsbeat de la BBC.

Mitchell was part of the writing team that adapted the books on which it is based Bridgerton.

“These people were erased from history and Bridgerton he included them in a great way “he added.

The series was created especially for audiences millennial and Gen Z, people born between 1980 and 2010, approximately.

And it was compared by critics and even by Regé-Jean Page himself as a mixture of Gossip Girl and 50 shades of gray, according to said in the popular American program The Tonight Show con Jimmy Fallon.

“Her lustful nature, along with her young and diverse castIt means it also attracts a younger audience, ”McIntosh analyzed.

“The fact that it is an adaptation of a popular romance novel series indicates that there is an existing fan base, but the television adaptation has introduced it to a new and large audience,” he added.

But perhaps one of the factors that had the greatest impact on the audience’s great interest in the series was the time of its premiere.

Bridgerton It hit the screen in December 2020, after several months of the coronavirus pandemic for which many countries implemented intermittent quarantines.

“I think the fact that it was released on Christmas Day and in this particular time of anxiety around the world made it out the perfect momentMontgomery opined.

“Absolutely, it’s the type of television series for the moment. People look for things to see that are comforting, pleasant and not too heavy, draining intellectually or emotionally, “he said.

But while this is a special moment in which audiences seek distraction, “it doesn’t mean we have to ignore the glaring issues in the show, like the colorism or a sexual assault, “said Carolyn Hinds.

Will there be a second season of Bridgerton?

Netflix told its investors that there will be a second season of the popular series and according to members of the production, the second part will focus on the romances of Anthony Bridgerton, the eldest of the children of the prestigious British family.

“I hope that the producers and writers of the series listen to the criticism and make the necessary improvements. Fiction is not a true escape when some of the same problems as they live blacks in real life lface you on the screenHinds analyzed.