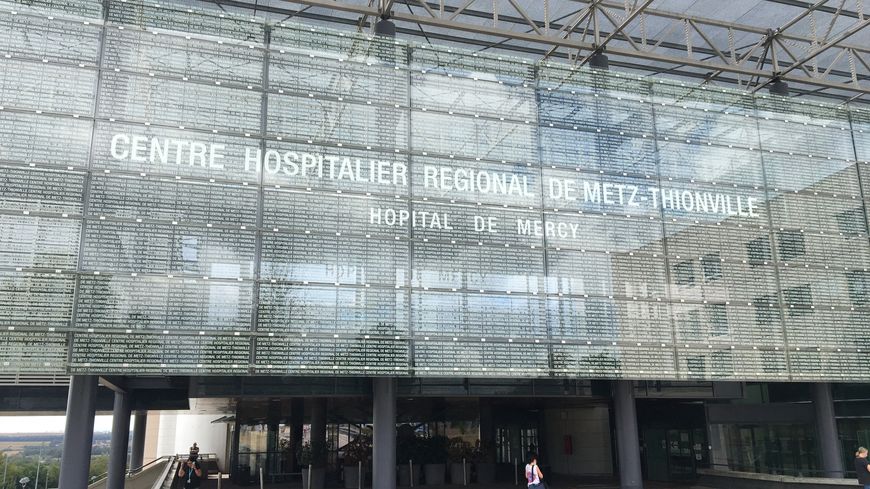 The coronavirus epidemic continues to gallop in France and President Emmanuel Macron is preparing to announce a new turn of the screw in health measures, this Wednesday evening at 8 p.m. What is the situation in Moselle? We take stock with Lamia Himer, regional delegate of the Regional Health Agency of the Grand Est for the Moselle.

France Bleu Lorraine: What is the current situation in Moselle hospitals?

Lamia Himer: The situation has changed significantly over the past two weeks with today an occupancy rate of 33% of resuscitation beds in Moselle occupied by patients sick with Covid-19. There are still three or four weeks, we had one, two or three patients but no more.

The increase is very significant and portends a much more massive increase in the next two weeks.

Do you have any projections on the evolution of the situation in Moselle?

There are no projections as such, we run simulations based on the trend of recent days which suggest that today’s patients will inevitably result in hospitalizations in the coming days. We have had an increase which has been very clear over the last three weeks, we have quadrupled the incidence rate, and this is a sign that the virus is circulating very actively throughout the Moselle region. It is obviously necessary to continue strengthening measures because the actions carried out so far are no longer sufficient.

Covid-19: From the “tsunami” in March to “rising water” in October, what do the figures say in Moselle?

Do you already plan to increase the resuscitation capacities of hospitals? We have indeed asked all establishments of the Moselle to activate the white plan, this request was sent on Friday and again today, Wednesday October 28. It is an internal mobilization plan which makes it possible to release resuscitation capacities. This can be deprogramming activities, postponing non-urgent surgeries. It is also the possibility of calling back staff, including on leave. We can also create Covid units.

The goal is to double the resuscitation capacity by mid-November. It would be a capacity equivalent to that of March.

The nursing staff are very stressed at the idea of ​​facing this new period, in addition to the fatigue accumulated during the first wave, which is not necessarily resolved.

We are trying to see how we can help the establishments to be staffed up in order to deploy more capacities. Particularly with the resources of medical students and nursing students and caregivers.

What is the situation in nursing homes in Moselle?

We do not yet have final figures for all nursing homes, but the situation is worrying.

We are about a third of nursing homes who are affected by cases of Covid-19, at least for those who have carried out tests.

So it is possible that the situation will continue to develop unfavorably in the coming days. On the Moselle, we distributed antigenic tests to test the personnel. Screening campaigns will be able to start when they return from vacation to get a map of the situation.

The second wave promises to be more serious than the first in Moselle?

The context is different. We are in the winter, we will have to deal with other winter pathologies, influenza, gastro for example. In addition, there will not be the personnel reinforcements that we had in March, when only three regions were affected.

We will also have fewer transfers to other regions because the virus is circulating everywhere.

Stronger action must therefore be taken. There is also a big logic in wanting to maintain as much as possible the other forms of care to avoid a new wave of postponement of care. All we can do now is avoid the December sick.