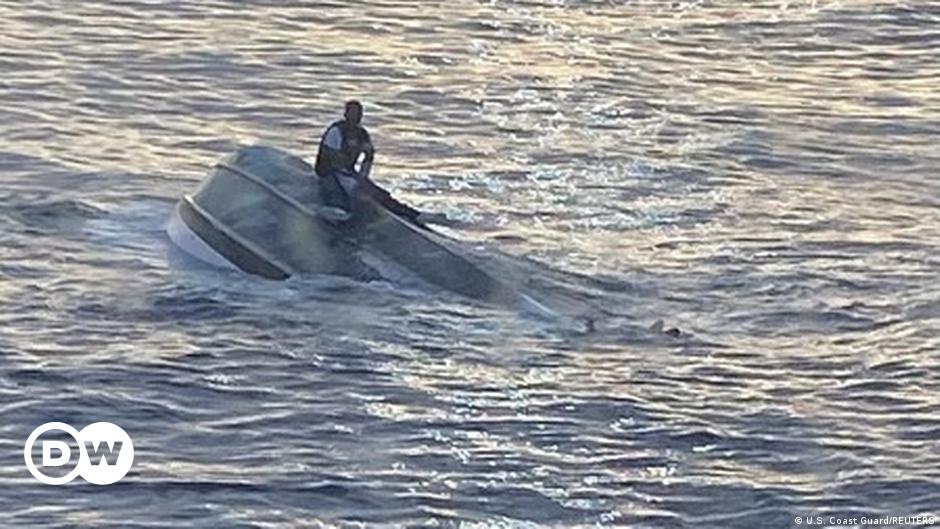 Rescue workers use helicopters and ships to search for 39 missing people off the coast of the US state of Florida. According to the US Coast Guard, it was not until Tuesday that a “good Samaritan” rescued a survivor who was clinging to the capsized ship.

The rescued said the boat left the Bimini archipelago in the Bahamas on Saturday night, got caught in a storm and capsized. According to him, no one on board wore a life jacket.

The crash site is more than 70 kilometers east of Fort Pierce, a city 220 kilometers north of Miami. The Coast Guard spoke in the short message service Twitter of an action by suspected people smugglers and published a photo of the rescued man on the ship’s keel.

Bimini is the westernmost group of islands in the Bahamas – closest to the US mainland. The Bahamas are known as a stopover point for gangs of people smugglers who want to bring refugees and migrants to the United States. On Friday, the Coast Guard discovered 88 Haitians on an overloaded sailing ship west of Great Inaqua, Bahamas, during a patrol.