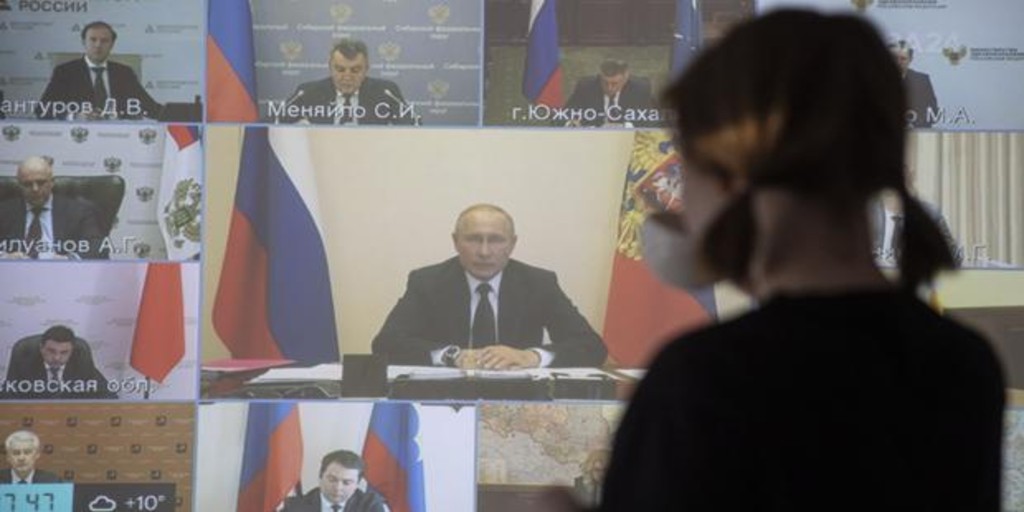 Amid compulsory containment measures in most of the country, which were prolonged until May 11 inclusive, the voice of a good part of the population is raised, around 44%, who believes that the coronavirus pandemic it is little less than a hoax or it is being deliberately exaggerated by pharmaceutical companies for their own benefit.

This is indicated by the result of a survey carried out by Romir Gallup International between April 13 and 19, dates when the incidence of the epidemic was actually lower in Russia than in other parts of the world, although it was brutally fattening in countries like Italy or Spain and began to catapult the United States to the first position. The work of the prestigious sociological research center was commissioned by the Civil Society Development Fund in Russia.

Among those who question the relevance of the virus, half believe that “there is a threat, but it is not that important.” One in ten thinks that “we will get sick and then everything will pass.” Among the most radical, 3% of those surveyed consider that “all this coronavirus is a conspiracy by pharmaceutical companies”. Another 3% believe that “there is no real and serious threat.”

But many people in this group of skeptics nonetheless take precautionary measures, as the survey shows that 90% of respondents take measures such as washing their hands frequently, leaving the house as little as possible, wearing face masks and trying not to. touch your face. In addition, 78% said they were concerned about the overall situation.

Troubling data
On the other hand, 81% of those surveyed said they suffered difficulties in everyday life due to movement restrictions. At the same time, most consider that the measures taken by the authorities are justified, although 25% believe that they are “insufficient”. However, 37% believe that mandatory confinement is an “excessive” measure, and even more so limit freedom of movement, leave people unemployed and put fines on top of it.

As for the sources of information that the Russians use to keep up to date with the vicissitudes of the epidemic, the internet was at the same level as televisions. Slightly behind are social networks and information from friends and family. 63% of the participants in the survey believe that, in general, the information that is disseminated is objective, 46% dismisses it as “apocalyptic” and 25% says that there is too much informative attention to the coronavirus and in the majority of the cases it is redundant.

However, the actual data remains worrying. In the past 24 hours, Moscow has recorded 67 new deaths from Covid-19, the worst data in the Russian capital in a single day so far in an epidemic. This adds up to a total of 546 deaths. Infections in Moscow have increased since yesterday by 2,220, 855 less than on Tuesday, bringing the total to 50,646 infected. In Russia as a whole, 5,841 new cases of coronavirus have been detected, 570 fewer than the previous day, bringing the total figure to 99,399. The number of deceased now reaches 972..