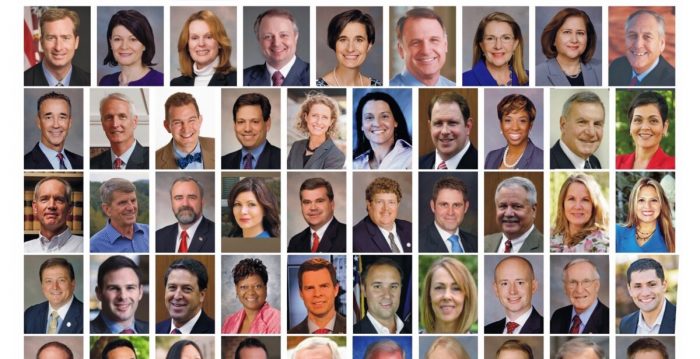 Forty-nine legislators from the state of Virginia recently wrote a letter to Secretary of State Mike Pompeo, urging him to raise awareness about the dire situation of Falun Dafa, a persecuted faith group in China.

This July marked 21 years of the Chinese Communist Party’s (CCP) crackdown on Falun Dafa, a spiritual practice with meditation exercises and moral teachings based on truth, benevolence, and tolerance.

The practice was first introduced to China in May 1992, and it quickly grew in popularity. By 1999, 100 million people in China, or nearly one in 13 Chinese, practiced Falun Dafa, according to reports from the Chinese state.

Then-CCP chief Jiang Zemin launched a brutal persecution against Falun Dafa on July 20, 1999. The authorities rounded up practitioners and detained them inside prisons, jails, and brainwashing centers. Thousands of practitioners have since died under torture, according to Minghui.org, a US website that documents the persecution.

Lawmakers described in the letter the torture methods used by the authorities, as described by Falun Dafa survivors currently residing in Virginia.

“Abandoned on their deathbed with all four limbs tied.” “Handcuffed and hung in a painful position.” “Violently force-fed.” “Electrocuted with high voltage.” “He is not allowed to sleep for three days,” the letter recounted.

David Bulova, a Democrat representing the heart of Fairfax, Virginia, Virginia’s 37th House district, explained that he was forced to act after meeting with local practitioners.

“Knowing them … made it very, very real, and it made me want to do something to really draw attention to the situation,” Bulova said.

Bulova added that he and his colleagues hoped “to use considerable moral and economic forces to be able to draw attention and demand change,” and planned to send the letter to the governor of Virginia and the health commissioner as well.

In the letter, lawmakers urged: “We ask for your leadership [de Pompeo], and the considerable influence of the United States to ensure that next year we are not celebrating 22 years of persecution. “

The letter also highlighted allegations that forced organ harvesting was taking place in China, whose source of organs is prisoners of conscience, including Falun Dafa practitioners.

Lawmakers called on the US government to increase “educational efforts” among Americans to “reduce the demand for this immoral practice.”

“Organ transplants are a marvel of science and can be a selfless gesture that gives the gift of life. However, organ transplants should never be performed under force or duress, ”the letter said.

In June 2019, an independent people’s court in London concluded, after a year-long investigation, that forced organ harvesting has taken place in China for years “on a significant scale,” with Falun Dafa practitioners being the main source of this. organs. In its final ruling in March, the court said that this human rights crime was still in practice, and stated that “the tragically unbridled action allowed many people to die horribly and unnecessarily.”

The complaints first emerged in 2006, when a human rights group and two witnesses from China described the practice within the country’s concentration camps.

Since then, independent researchers have published reports with more evidence of organ harvesting in China.

More recently, transplant ethicists raised concerns about how quickly a Chinese hospital was obtaining organs to perform lung transplant surgeries in patients whose lungs were damaged by COVID-19.

Support our independent journalism by donating a “coffee” to the team.

“He was still alive”: The shocking story of a doctor who harvested organs in China