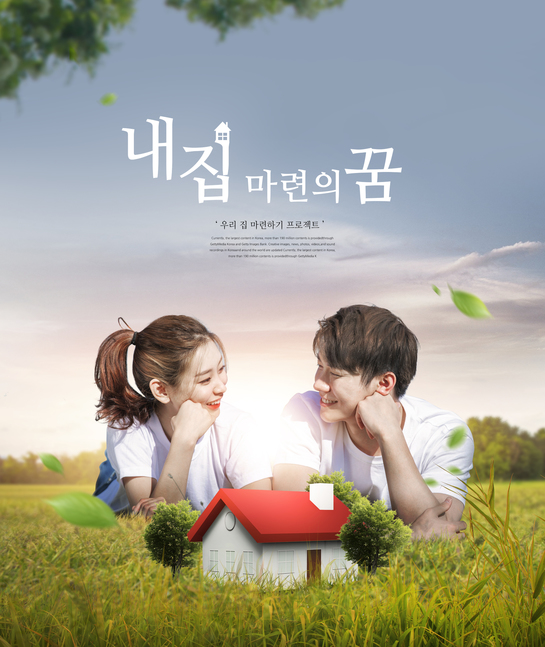 4th pre-order competition ratio 3.5 to 1
Daebang District, Seoul ‘A box office by myself’
In the metropolitan areas such as Guri and Bucheon,
Expert “Increase the supply area
“The conditions for returning capital gains should be relaxed.”

As a result of the 4th public pre-registration, there were also underachievements in various places in the Town of Hope for Newlyweds this time, and the box office performance was mixed depending on the location. The only supply to Seoul set a record competitive rate, and there was a shortage in other regions. In addition, even if the supply area is similar in the same location, the town of hope for newlyweds has been neglected by end-users, such as a situation in which an underpayment occurs due to the condition of sharing market profit with the government.

According to the Ministry of Land, Infrastructure and Transport on the 24th, as a result of the 4th public pre-registration, a total of 25,200 people applied for 7,152 households in Hope Town for Newlyweds, recording a competition ratio of 3.5 to 1.

In the 4th advance subscription, the New Hope Town was supplied from a total of 11 districts, including the 3rd new town and public housing sites in the metropolitan area. all dedicated areaThe size of this 46-59 m² is small, so there is a limit to having children and raising them, and if the sale price exceeds KRW 307 million (as of 2021), ‘Housing mortgage loan product for newlyweds’ hope town (revenue-sharing mortgage)’ There are conditions under which membership is compulsory. Although this is a low-interest loan product to reduce the financial burden of tenants, up to half of the market capitalization profit must be returned to the government when the house is sold later.

For this reason, even in the 4th pre-order, there were few areas where the supply of Hope Town for Newlyweds was successful, except for the Daebang District, where the only Seoul supply was supplied. In the Daebang District Newlyweds Hope Town (exclusive area of ​​55㎡), 7,693 people were recruited for 115 households, so the competition ratio reached 66.9 to 1. Although the sale price is high at 700 million won, it is cheap compared to the surrounding market price, so demand from end-users is concentrated.

In order to solve the successive failure of the Hope Town for newlyweds, there are voices saying that it is necessary to meet the conditions desired by end-users, such as location, area, and easing conditions for returning market capital gains.

In particular, looking at the failure of the New Hope Town this time, not only the location but also the condition to return the market profit to the government in the future acted as a stumbling block to the pre-application application. In the Bucheon Jangjang district, 10,288 people applied for 449 households in the A7 block (exclusive area of ​​59㎡) in the general public sale pre-order, and the competition ratio was 22.9 to 1. As the exclusive area is similar to that of the New Hope Town and the location is the same, one place was unsatisfactory and the other had double-digit competition.

Lim Byung-cheol, a researcher at Real Estate R114, said, “It is true that the amount of special supply was relatively large, but the supply area is small, there is no merit in the location, and the condition that the market price profit must be shared with the government. It doesn’t appear to have been received,” he said. “We need to consider ways to expand the area of ​​supply and improve the division of profit realization with the government,” he said. He pointed out that the system needs to be improved so that those who can afford it are not obliged to sign up for a profit-sharing mortgage.”

Accordingly, the Ministry of Land, Infrastructure and Transport is also planning to consider expanding the supply area according to the results of the 4th Public Sale of Hope Town for Newlyweds. The Ministry of Land, Infrastructure and Transport announced, “From the first quarter, we plan to expand the supply of flats with a dedicated area of ​​more than 55 square meters, and from the second half, we plan to introduce medium-sized flats (with an exclusive area of ​​60 to 85 square meters) through system improvement and plan changes.”

Why HUAWEI P50 Pro stands out as the best smartphone of 2022 in Saudi Arabia?