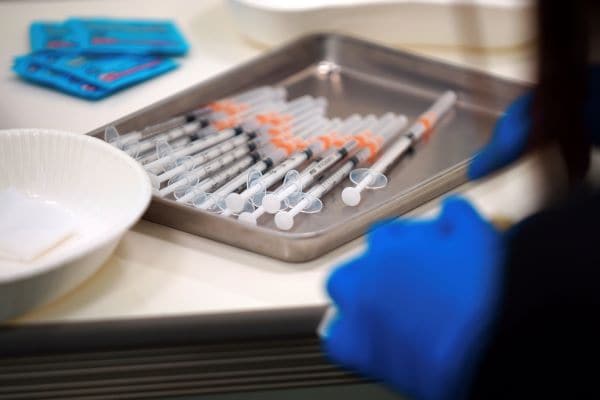 After the 4th time, there is a possibility that the whole society will fall into “vaccine avoidance” to avoid vaccination.

New corona vaccine for which the fourth inoculation has started (Photo: AP / Afro)

In Korona-ka, the sixth wave has passed and the number of newly infected people and the number of severely ill people have remained at a level lower than at the peak. From April to May, it was the first long holiday in three years with no restrictions on activities, and we often heard the voices of people who enjoyed vacations in resort areas for the first time in a long time.

The number of newly infected people nationwide is declining, but the pace of decline is slow in some areas. In particular, Okinawa Prefecture has the highest number of newly infected people per capita in Japan, which puts a heavy burden on medical institutions that handle patients. The government is becoming more vigilant, such as by closely coordinating liaison with the prefecture.

Under such circumstances, the fourth vaccination started on May 25 as one of the measures to prevent the spread of infection. This time, unlike in the past, the target of inoculation is limited to the elderly. The treatment is similar to that of other countries where the fourth vaccination is carried out in advance, but the range of subjects varies considerably from country to country.

First, let’s briefly look back on the vaccinations we have done so far.

In the first place, the new corona vaccine was developed at an exceptional speed. The background of speed development is that it was developed as an mRNA (messenger RNA) vaccine or viral vector vaccine that injects part of the genetic information that is the source of viral proteins.

In fact, it was put into practical use in less than a year against the spread of infection from the spring of 2020. The vaccine approved through clinical trials was first inoculated in the United Kingdom on December 8 of the same year. After that, inoculation was started one after another in Western countries. In Japan, inoculation started on February 17, 2021.

It was on August 1, 2021 in Israel that the world’s first “booster vaccination” was given to a person who had been vaccinated twice for the third vaccination. At that time, the rapid progress of vaccination in Israel increased the risk of “breakthrough infection”, in which the immune system declined over time and became infected.

Israel, the earliest in the world to start the fourth inoculation (Photo: Reuters / Afro)

After that, each country also started the third vaccination, but in Japan, it was first started for medical professionals on December 1st.

And this is the fourth vaccination. The fourth inoculation started at the end of 2021 for the first time in the world by Israel, which preceded it in the third. Then, from February to April 2022, Western countries followed this. Japan started on May 25th.

In Japan, criticisms such as “inoculation efforts are slower than overseas” and “vaccines are not being secured” have been raised. However, looking back in this way, it can be said that Japan has gradually proceeded with vaccination while observing the efficacy and safety of vaccines, referring to the trends in vaccination in Europe and the United States.

This June 11, participate in the intensive modeling seminar