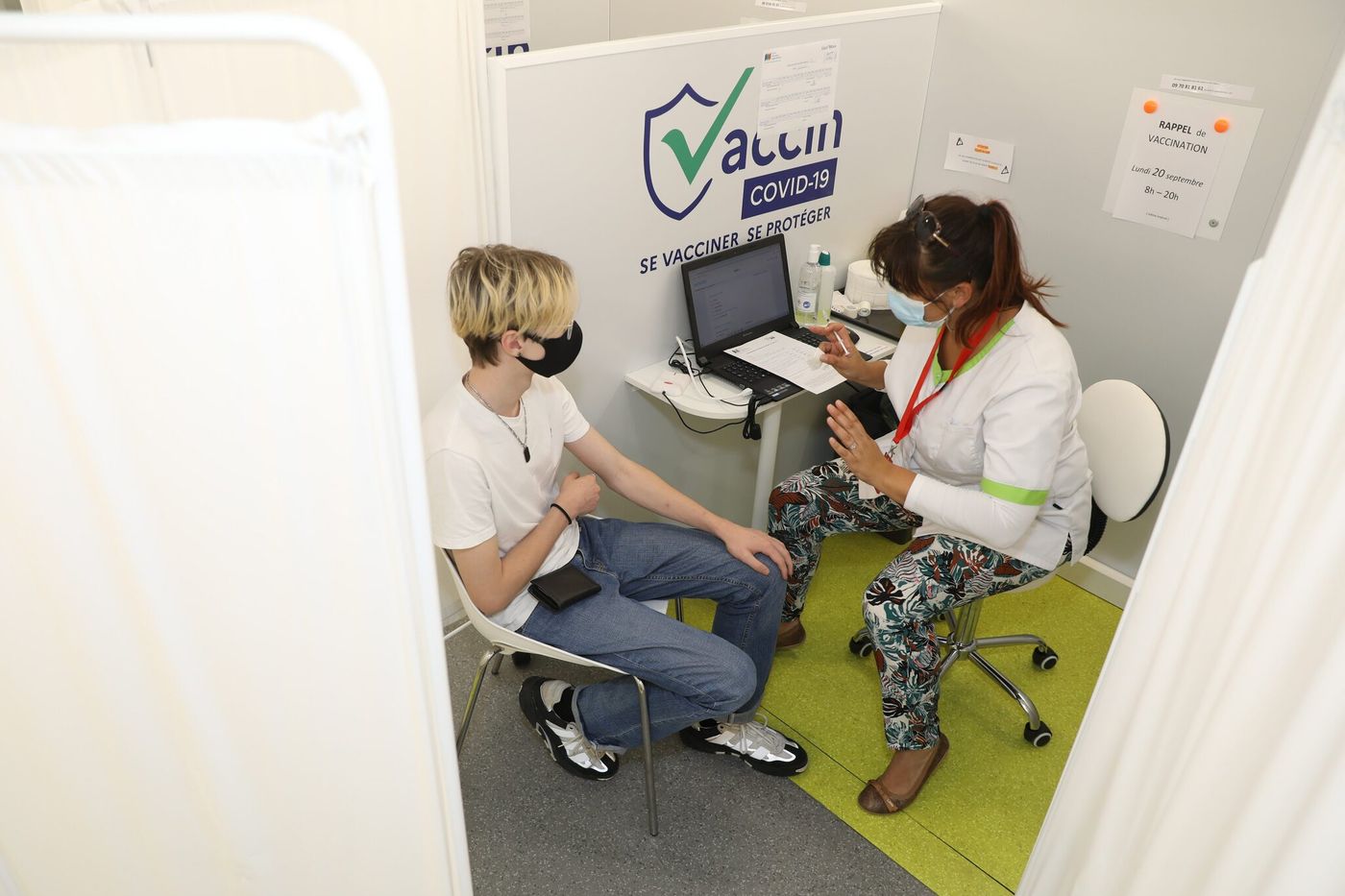 The symbolic milestone of 50 million people who have received at least one dose of the Covid-19 vaccine has been reached, Emmanuel Macron announced Friday, September 17 in a video posted on social networks.

“The vaccine saves lives, the virus kills, it’s simple”, says the Head of State at the end of this video which takes images of the entire vaccination campaign, which began at the end of December 2020.

Nearly 3,300 classes (3,299) were closed Thursday, a stable figure which represents 0.63% of classes in the country, announced the Ministry of National Education.

→ EXPLANATION. Covid-19: the school apparently spared by the fourth wave

Monday, September 13, Jean-Michel Blanquer, had indicated that “Just over 3,000 classes” were closed, a figure up from the previous week.

For this new school year, the ministry had retained the health protocol of “level 2” (out of 4) which authorizes all students to be received face-to-face and requires them to wear a mask indoors, except in kindergarten. A case of Covid in a primary school class leads to a closure, as in June. In the event of contamination in middle or high school, only unvaccinated contact cases students must isolate themselves for one week.

The confinement in New Caledonia, in force since September 7, is extended until October 4, as well as the curfew, announced the authorities of the French archipelago of the Pacific, while seven deaths were recorded for the only day of Thursday, September 16.

→ EXPLANATION. What are the conditions for lifting the compulsory health pass?

This is the heaviest daily toll since the discovery of the first indigenous cases of the disease on September 6. It brings the total number of people who have died since that date to 24.

The confinement in force in Martinique will be relaxed from Monday, September 20, the prefect of the Caribbean island announced Thursday, September 16. The decline in indicators allows “An adaptation of the confinement” in several phases, said Stanislas Cazelles.

→ READ. Martinique: a resilient economy in the face of the crisis

From Monday, if the curfew hours will not change (7 p.m. to 5 a.m.), travel will be authorized within a radius of 10 km (instead of 1 km). Access to the beaches will again be authorized in dynamic mode. Navigation will be possible with the rule of 6 passengers maximum for private boats. From Wednesday September 22, non-essential businesses will be able to reopen while respecting the obligation to wear a mask and the 8m gauge.2 per person. Restaurants and sports halls will also be able to raise the curtain, the sanitary pass will be compulsory.

In French Polynesia, where the containment measures put in place on August 23 had been extended a few days ago, the restrictions are also tending to ease. Also from Monday, the curfew will be maintained but students will be able to return to school. Containment will continue over the weekend in the most populous islands, but it will be lifted during the week. Restaurants will be able to reopen and sport will be allowed (except competitions). Museums, exhibition halls and cinemas remain closed.

► Guadeloupe: the CHU is struggling to enforce the vaccination obligation

“I cannot apply the law. ” Gérard Cotellon, the director general of the CHU de Guadeloupe, estimated Thursday to be “In the impossibility” to suspend unvaccinated agents, as provided for by the law on compulsory vaccination, under penalty of penalizing the activity of the CHU. More than 70% of the agents are not vaccinated there.

Since the start of the pandemic, the authorities in Guadeloupe have encountered very strong opposition to the management of the health crisis.

► Africa will run out of nearly 500 million doses of vaccine

Africa will miss almost 500 million doses compared to the global target of 40% of people vaccinated by the end of the year, regretted Thursday the WHO. In the absence of doses, the Covax mechanism has indeed revised downwards its forecasts for the shipment of vaccines to poor countries. It will send to Africa about 150 million less than what was planned.

Taking this deficit into account, the vaccine doses expected on the continent will allow only 17% of the population to be vaccinated, estimated the WHO regional office for Africa. It would take twice as much to reach 40%.

This vaccine shortage comes as Africa passed the 8 million infection mark this week. At present, the continent “Could only vaccinate 50 million people, or 3.6% of its population”, recalls WHO Africa.