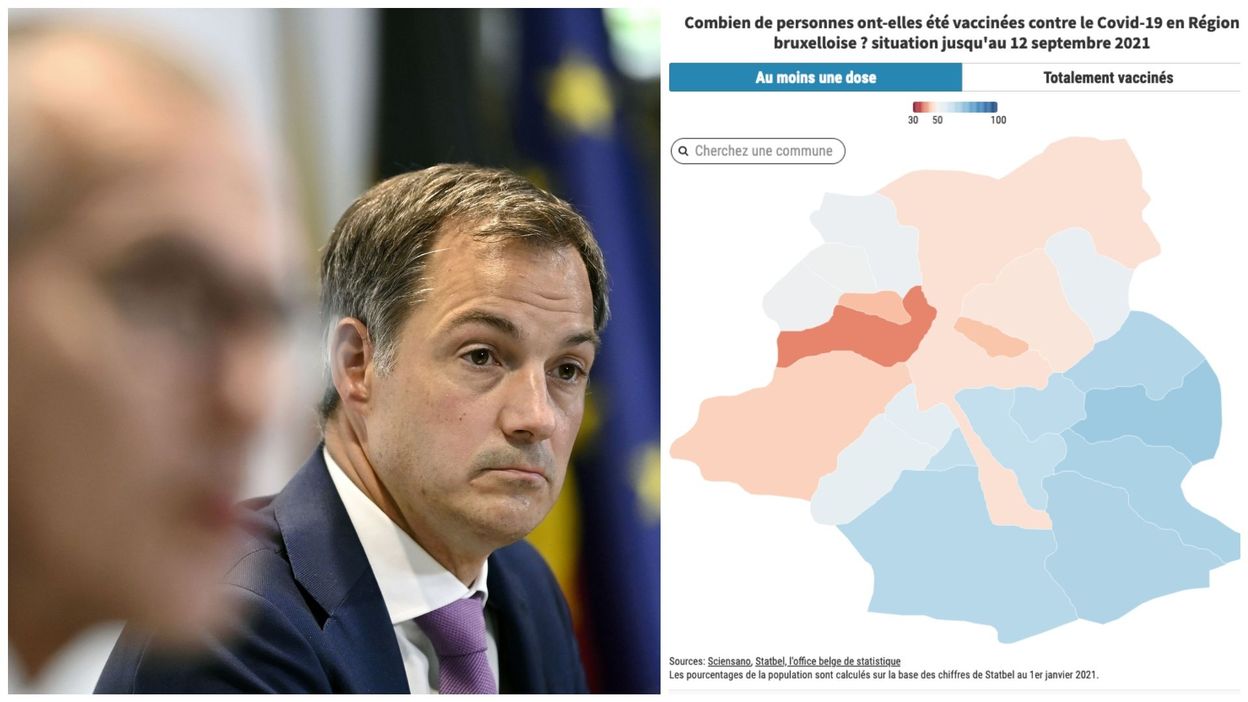 The consultation committee will meet this Friday at 2 p.m. The representatives of the various governments of the country will meet at the Egmont Palace in Brussels to take stock of the evolution of the epidemiological situation and to comment on the measures still in force, in particular the wearing of a mask.

A few hours before this new political meeting, where is the vaccination campaign? As of September 16, 73% of the total population of Belgium is fully vaccinated. But this global figure hides disparities between Regions. Flanders is in the lead with nearly 80% of fully vaccinated. Wallonia (almost 67%) and the German-speaking Community (62%) follow.

And in Brussels? At present, 50.2% of the entire Brussels population is fully vaccinated. According to the latest figures by municipality published by Sciensano, which end on Sunday, September 12, around half of the municipalities in the Region are below 50% of vaccination coverage.

(The article continues under the interactive map)

►►► Read also : Update in figures and graphs on the vaccination campaign against Covid-19 in Belgium

Disparity by region and by age

On the face of the epidemic, we wrote it this thursday, the average number of cases detected remains very stable, but this stabilization hides significant disparities:

In this context, the Prime Minister, Alexander De Croo, but also the Flemish Minister-President, Jan Jambon, spoke in favor of a consequent relaxation of one of the last health measures affecting the entire population, believing that it was only indicated in places with insufficient ventilation where the proximity between people is too great, such as public transport. The idea would be to reverse the current logic and only delimit a few exceptions.

Federal Minister of Health Frank Vandenbroucke was much more reserved. The solution will therefore be a compromise between these trends, we commented Thursday to a good source.

The president of the group of experts who advise the government (GEMS), Erika Vlieghe, warned on Sunday against the temptation to relax the measure too quickly. A GEMS report from Tuesday points in this direction. He sends a warning to political leaders in the face of a rise in contamination and hospitalizations during the fall and asks that an emergency plan be put in place if the situation were to deteriorate.

In the eyes of experts, wearing a mask must remain an obligation indoors when people rub shoulders with people whose vaccination, immune or test status is unknown, as well as in the event of high traffic density.

An end date for the federal crisis phase

Another subject debated: the federal crisis phase which is still in force. Flanders wants to put an end to it, which would allow the Regions to have control. Wallonia and especially Brussels where the vaccination rate is too low and the worrying epidemiological situation are much more reluctant. A date on which this phase will end could be decided even if the idea is to keep an interfederal base, we told good sources.

The last consultation committee adopted a relatively vague wording about the obligation to vaccinate nursing staff. Friday, it should be acted even if the modalities will take a few more weeks to be developed.

On October 1, nightclubs may reopen. However, some in the government do not want to be satisfied with the adoption of protocols but also to foresee sanctions if the measures are not applied.