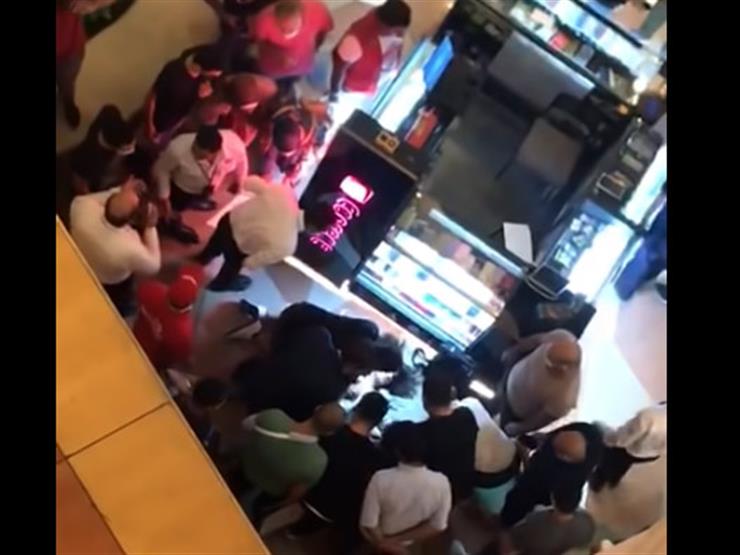 Books – Muhammad Al-Sawy
“Masrawy” obtained a video that reveals the scenes of the last moments in the life of M. M., a fifth year student at the Faculty of Dentistry, who committed suicide from the sixth floor of the City Stars Mall in Nasr City.

In the video, Masrawy reserves the right to publish it, the girl climbed to the sixth floor and stood next to a barrier in preparation for jumping. Then she noticed that one of the workers was turning to her, so she stopped for a few seconds, then waited for him to turn from her and jumped from the top of the barrier to the ground.

According to the 50-second video, the restaurant worker tried, seconds before the girl jumped, to catch up with her to prevent her from committing suicide, but she quickly sensed him and jumped.

The video did not show any presence of anyone else during the girl’s suicide, and the incident caused panic and panic among the people of the place, which led to the imposition of a cordon around the girl’s body until the police came.

Eyewitnesses from the scene of the accident said that the deceased remained for about 5 hours inside the mall, and they saw her crying violently and changing her place more than once until they were surprised by him throwing herself from the sixth floor.

Investigations indicated that the girl was called “M. M.”, 23 years old, and she lives in the Al-Zohour neighborhood in Nasr City.

Activists on social networking sites “Facebook” circulated a video of the fall of a girl in her thirties from one of the upper floors inside a famous mall in Nasr City, and some attempts to rescue her to no avail.

The prosecution authorized the autopsy of the deceased’s body to show the injuries and ordered it to be handed over to her family for burial. It also requested unloading the cameras around the accident to reveal its circumstances.