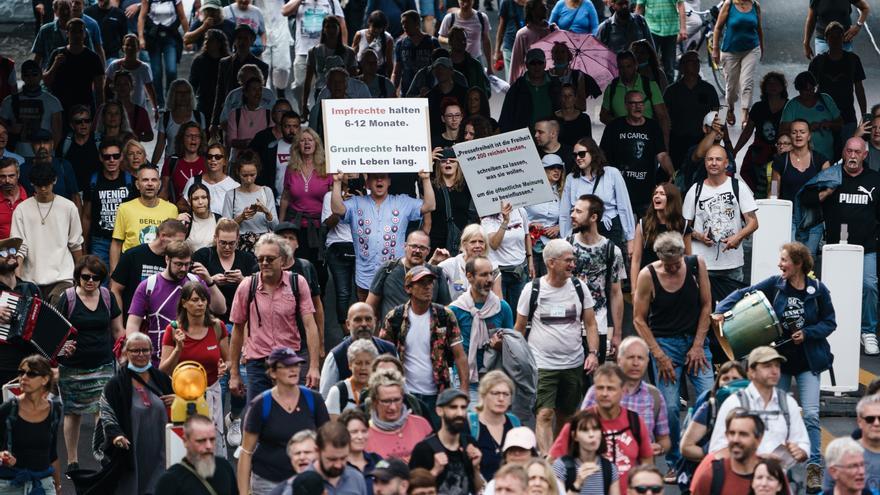 Various thousands of people participated in various unauthorized protests in Berlin against restrictions to contain the pandemic coronavirus with a provisional balance of around five hundred arrests, the media report.

According to the Berlin police on their Twitter account, hundreds of protesters, who They wanted to participate on foot in a caravan of cars in protest against the anticovid measures which did have the approval of the authorities, gathered this morning in an unauthorized spontaneous action.

Speaking to the regional network rbb, the police spokesman, Thilo Cablitz, spoke of up to two thousand protesters. The police indicated that the protesters tried to break the police cordons and isolate the officers, for which the security forces made use of tear gas and batons.

“At various points in the west of the city there are still large groups of people trying to focus and get going. Our barriers are being ignored and lThe agents are being attacked. There have been arrests, “the police tweeted shortly before 2:00 pm.

In the afternoon, another two thousand people gathered around the Victory Column, in the central street of June 17, an avenue that starts from the Brandenburg Gate and crosses the Tiergarten park, despite the fact that the authorities had previously prohibited the rally called by the “Querdenken 711” initiative, which they intended to attend up to 22,500 participants.

The Higher Administrative Court of Berlin-Brandenburg confirmed on Saturday the prohibition of 17 demonstrations called for this Sunday by anticovid movements, made up mostly of deniers and conspiracies, considering that respect for hygiene and distancing measures was not guaranteed.

The police have deployed up to 2,250 officers in the German capital to ensure compliance with the prohibitions and dissolve possible unauthorized concentrations. Cablitz had already indicated in the morning that the police are monitoring the entire city, aware that there will be “decentralized actions.”