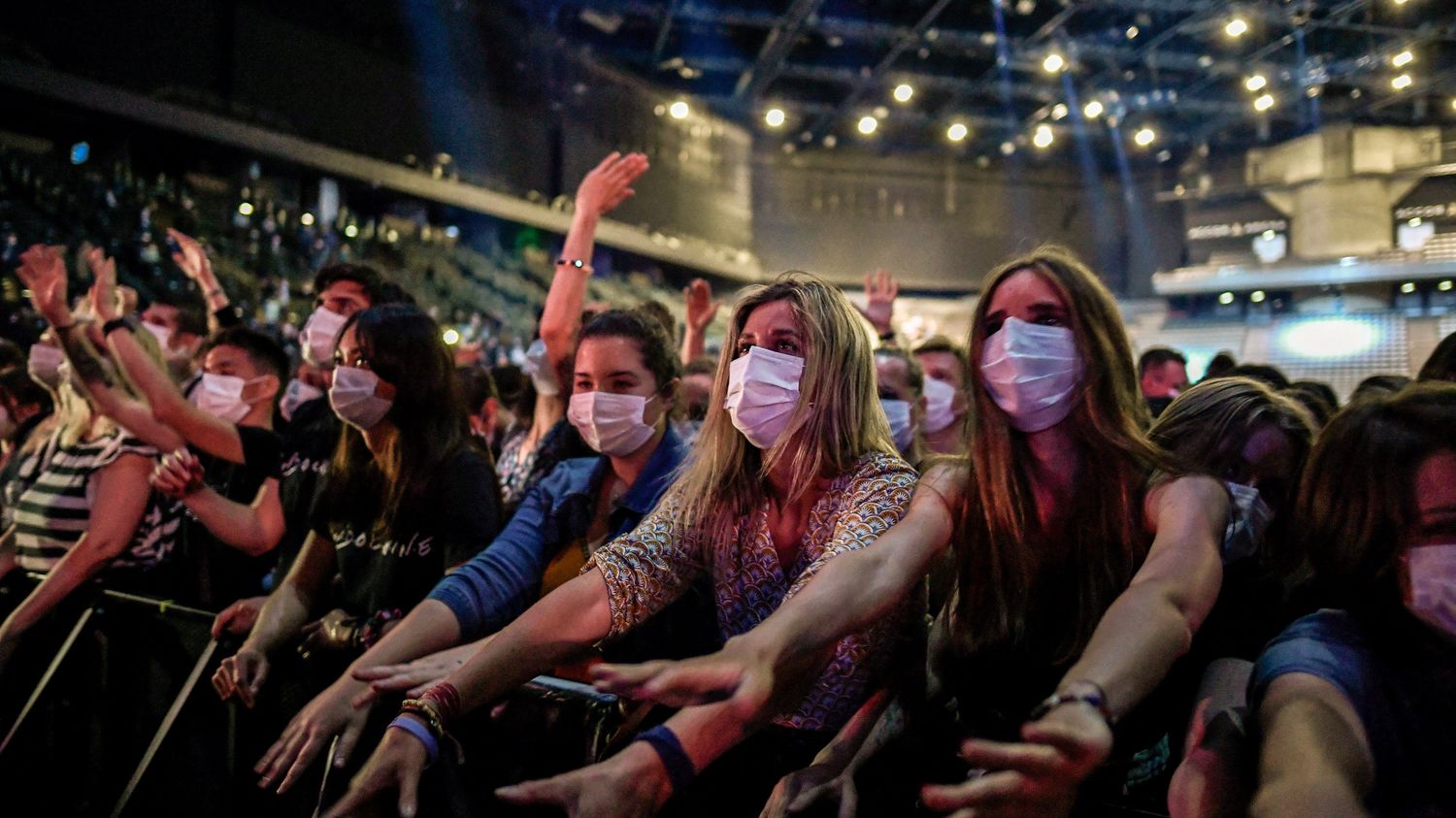 “Gentlemen and ladies, hello and welcome to the Accor Arena!” Five thousand spectators came on Saturday May 29 for a test concert in the east of the capital. A concert coupled with a scientific study eagerly awaited by a sector hard hit by the Covid-19. The spectators were there well in advance under the sun of this end of May in Paris. “I love concerts, and we missed seeing artists again, explains a spectator. And then I’m young, so it’s true that I like to share with people we don’t know. This is what is important today in 2021. “

Some of the 5,000 participants in the test concert well in advance, more than an hour and a half from the start of the concert of@etiennedecrecy pic.twitter.com/l6w32fepyA

The 5,000 volunteers drawn were happy to return to the concert and often came with friends. “It had been a long time since we had been able to share an experience like this”, explains one of the volunteers who is delighted “to be able to advance the research a little already and to enjoy a moment together.” “It does a lot of good. We have a big smile under the mask”, says Olivier. “It’s a strange feeling of normalcy”, adds another spectator.

“Today we should have played at the Bordeaux stadium, launches Nicola Sirkis, the singer from Indochina, on stage. But it does not matter. 2022 will be much better! ” A feeling shared by Rémi, a spectator yet not quite reassured on his arrival in the concert hall. “Personally, at first, I struggled. I stayed at the back of the room and my friend called me to tell me to come. I took my courage in both hands, I entered the crowd. and then you get used to it quickly. Good habits will come back quickly. “

Once in the pit, in front of the stage and without distancing, for the first time in a year and a half, Etienne de Crecy’s basses finally come to reward the participants of this very special concert. Smiles, tears and behind the scenes, delighted members of the government, such as the Minister of Health Olivier Véran: “It wasn’t even the music that hit me first when I walked into the room – and frankly, it was very emotional – it was the mass of people.”

“People who are close to each other and who are happy to meet again. This is one of the scenes that we have almost lost track of in our country for over a year.”

The spectators then attend the Indochina concert with visible pleasure. It is a scientific protocol, of course, but a real concert too.