The Chinese Ministry of Science and Technology announced the establishment of a work team focused on researching and developing the sixth generation (6G) networks just a few days after the commercial launch of 5G in the country, local media reported today.

For now, explained the vice minister of that institution, Wang Xi, 6G technology research "is still in the initial phase of exploration", so the key indicators and their application scenarios have not yet been clearly defined. The Ministry also launched a group of 37 experts from universities, research institutes and technology companies to promote the development of this technology and advise on the decisions that the authorities have to take in this regard.

Despite being still in its initial phase, this milestone officially marks the starting point of the 6G research and development (R&D) in China, although in September the founder of the telecommunications giant Huawei -company with more related patents with 5G worldwide-, Ren Zhengfei, had revealed that his company was already investigating 6G.

As reported by the Chinese media in November of last year, the expected date for the formal start of R&D of 6G was 2020, and the year of commercialization marked is 2030, although in this latest statement of the Ministry there is no reference to objective Some in temporary terms.

The 6G, as explained then Su xin, head of the working group for the development of 5G within the Ministry of Industry and Information Technology, would expand coverage to even higher altitudes and offer data transmission speeds of up to 1 terabyte per second, that is, a speed ten times faster than the one that reaches 5G.

On November 1, the telephone operators of the Asian giant began offering mobile internet packages with 5G networks, with monthly prices between 128 yuan and 599 yuan (between 18.2 and 85.4 dollars, between 16.5 and 77, 2 euros) and speeds of between 500 megabytes per second and one gigabyte per second, higher than those offered so far by 4G networks.

Cannes 1939, the festival will take place

Mary Cain: "I was physically and emotionally abused" video 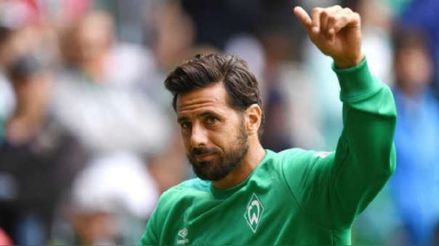