They call it the “black fungus” and in India it is considered “a nightmare within the pandemic” of coronavirus.

They call it the black fungus and in India it is considered a nightmare within the coronavirus pandemic.

This week almost 9,000 cases of mucormicosis, an infection caused by a fungus.

Some patients have only been saved by removing one eye. And the mortality rate among those who are infected is 50%.

Thousands of cases have been recorded among patients who had recovered from covid-19 or that they were in the process of recovery, hence it is associated with the coronavirus pandemic.

Doctors say there is a relationship with steroids used to treat the disease. And diabetics are known to have a higher risk of suffering from mucormicosis.

These are some keys to understanding what mucomycosis infection is and why it has such devastating effects.

It is caused by exposure to the mucor fungus, which is part of the family Mucoraceae commonly found in soil, plants, manure, and decaying fruits and vegetables.

“It is ubiquitous and is found in the ground and in the air and even in the nose and mucus of healthy people,” Dr Akshay Nair, an eye surgeon from Bombay, India, told the BBC.

It affects the sinuses, brain, and lungs and can be life-threatening in people with diabetes or severely immunosuppressed people, such as cancer patients or people with HIV / AIDS.

2. What causes the infection?

Doctors believe that mucormicosis It can be caused by the use of steroids, pharmacological compounds used to treat seriously ill or critically ill patients due to covid-19.

Steroids reduce inflammation in the lungs and help stop some of the damage that can occur when the body’s immune system ramps up to fight the coronavirus.

But they also reduce immunity and increase blood sugar levels, both in diabetic and non-diabetic patients with covid-19.

Experts believe that this decrease in immunity could trigger cases of mucormicosis.

“Diabetes reduces the body’s immune defenses, the coronavirus aggravates it and then steroids that help fight covid-19 they act as fuel for the fire, “says Nair.

It is closely related to the previous question.

India is in the midst of a second grueling wave of coronavirus, although the daily number of cases is starting to decline. But the Indian health system was completely saturated for weeks, and hospitals were short of oxygen and medicine supplies to cope with the pandemic.

Doctors mostly turned to steroids to treat the disease.

On the other hand, as we explained above, the cases of black mushroom They have also been linked to blood sugar levels. India has the second highest rate of diabetes in the world.

4. What are the symptoms?

Patients suffering from the yeast infection often have symptoms of nasal congestion and bleeding.

Also swelling and pain in the eye, droopy eyelids, blurred vision and finally the loss of an eye. There may be black spots on the skin around the nose.

Doctors say that most of their patients arrive too late to be treated, when they are already losing their vision. Doctors have to surgically remove the affected eye to prevent the infection from reaching the brain.

In some cases, patients have lost vision in both eyes. And in rare cases, doctors have to surgically remove the jaw bone to prevent the disease from spreading.

It can be treated with an antifungal intravenous injection that must be given every day for up to eight weeks. It is the only effective drug against the disease. 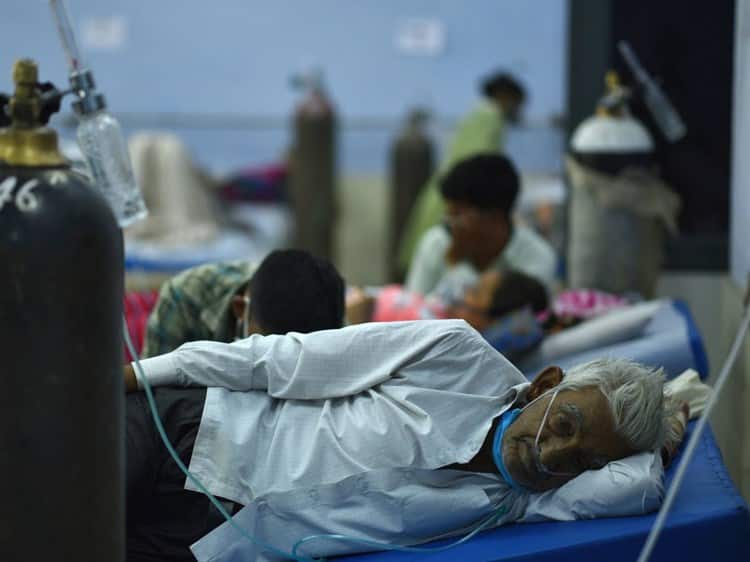 The mucormicosis it is not contagious between people or animals. It only develops in patients with the right conditions in their body, such as diabetes or immunosuppression caused by other diseases.

However, since it is spread by fungal spores that are present in the air or in the environment, it is almost impossible to avoid it.

A healthy person, or without problems of the immune system should not fear for a contagion of this type.

“Bacteria and fungi are present in our body, but the immune system keeps them under control,” he explained. K. Bhujang Shetty, director del hospital Narayana Nethralaya de India.

“When the immune system is weakened due to cancer treatment, diabetes or steroid use, these organisms take advantage and multiply,” Shetty told Reuters.

“The strain appears to be virulent, raising blood sugar levels to very high levels. And strangely the fungal infection is affecting many young people,” says Dr. Raghuraj Hegde, from the southern city of Bangalore.

6. How widespread is the contagion in India?

A senior Indian government official, VK Paul, has stated that “there is not a major outbreak” of mucormicosis. However, a growing number of cases have been reported across the country, reaching more than 8,800 this week.

“We are already seeing two or three cases a week here. It is a nightmare within a pandemic,” says Dr. Renuka Bradoo of Sion Hospital in Bombay.

Dr. Baxi treated about 800 diabetic patients with covid-19 last year and none of them got the yeast infection.

Instead, his youngest patient last month was a 27-year-old man who wasn’t even diabetic. “We had to operate on him during his second week of covid-19 and remove the eye. It’s pretty devastating. “

The Indian Council of Medical Research and the Union Ministry of Health have called on the population to keep personal hygiene and diseases such as diabetes under control.

They have also urged them to wear shoes, long pants, long-sleeved shirts, and gloves while handling dirt, moss, or manure to avoid exposure to the fungus.

Warner is five points short of 9,000 in the Götzis decathlon