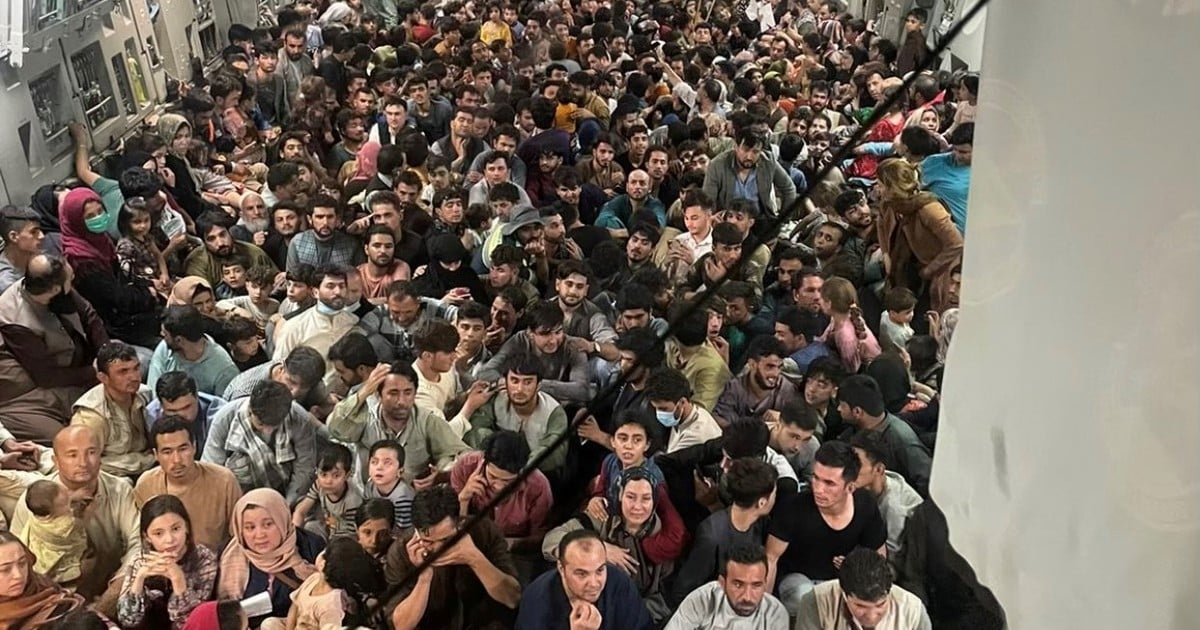 After the seizure of power in Afghanistan On the part of the Taliban, various images of despair swept through and shocked the world. One of them was the one published by the Defense One website, in which it is observed 640 people who fled from Kabul inside the hold of a Boeing belonging to the Air Force of United States.

In the photograph they are seen standing and crowded inside the C-17 Globemaster III (RCH 871) that led them to Qatar. Beyond the fact that it is a ship designed to carry 150 passengers seated comfortably, the seriousness of the situation in the Asian country forced such a decision to be taken to save as many people as possible.

Beyond the extreme measure, this flight did not mean a record for this type of aircraft, since in 2013 another C-17 transported 670 people fleeing a typhoon in Philippines.

During Sunday afternoon a video had even circulated on social media in which it looked like hundreds of Afghans they sneaked into the plane through the semi-open ramp.

The number of passengers was confirmed to Defense One by a representative of the US Air Force, after the landing of the aircraft. at Al Udeid Air Base, Qatar.

The same source even revealed that it was not the only flight with hundreds of dissident Afghans, and that even there could have been one with even more people than the 640 of the viral photo.

Chaos and despair at the airport

Chaos and terror at the airport

Scenes from despair and panic occurred throughout Monday at Hamid Karzai Airport in Kabul, Afghanistan, where thousands tried to flee the Taliban and foreign diplomats leaving the country in military planes.

there is already more than a dozen confirmed deaths at the airport, after crowds began climbing up the emergency stairs onto the sleeves of the planes to try to get up, and the US military fired into the air to try to contain them.

The Pentagon reported that US forces killed two gunmen. There were also deaths as a result of the avalanche, including a 14-year-old adolescent. Three other people died after grab onto the wings of the planes and fall into the void.

Evacuation even should have been stopped to be able to evacuate the people who flooded the track. Apache combat helicopters tried to clear the runway of people, who were running behind the planes, on the brink of takeoff, and slowing them down.

The Taliban declare that “the war in Afghanistan is over”, after the insurgents take control of Kabul. They assure Afghans trying to flee from the airport that “they can go home without fear of retaliation ”.

But the population fears the Taliban militiamen. The fleeing generation is the one that grew up under his administration, and during the occupation they went to college and completed their education.

The image of the Taliban in the presidential office of former President Ahraf Ghani, with their weapons and their turbans had an air of “The Last Supper” by Leonardo da Vinci.