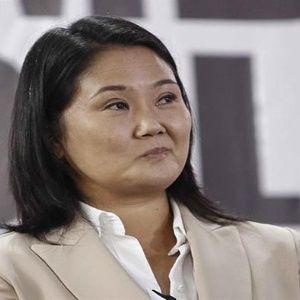 The candidate for the presidency of Peru, Keiko Fujimori, monopolized the majority disapproval, according to a poll, after her electoral defeat and the failure of her legal resources to prevent the victory of Pedro Castillo.

Two resources are discarded in Peru to reverse the electoral process

According to the survey conducted by the Ipsos Peru company, 65 percent of Peruvians disapprove of Fujimori’s behavior in the presidential ballot, framed by his desire to reverse the votes of his rival in the second round, held on 6 of June.

In their eagerness, Fujimori and his supporters have put pressure on the electoral authorities, harassed at home by their supporters, to accept the demands to investigate the complaints, without evidence of serious irregularities that he imputes to Castillo’s party, Peru Libre.

Likewise, some members of Fuerza Popular took legal action and have sought outside support, without success, according to analysts. Only 30 percent of those surveyed, slightly less than the 50 percent obtained in the ballot, support this behavior. Therefore, a good part of his voters are against his attitudes, according to the analyzes.

In Lima, her strongest bastion of supporters and where she had a good margin of advantage in her favor, the leader of Fuerza Popular has a disapproval rate of 53 percent.

The survey also addressed the motives of those who voted for one or the other candidate and resulted in 43 percent considering Castillo as the change that Peru needs, while 27 percent would do so to prevent Fujimorism. take over the government again.

In contrast, for Fujimori, 33 percent voted to avoid the “arrival of communism” to power, one of the essential points of their electoral campaign, while, in a second moment, 31 percent considered that they are more capable of lead the country.

Although Ipsos did not ask directly about the right-wing campaign of alleged fraud, 39 percent of those surveyed say there were irregularities, but considered the elections to be “clean.”