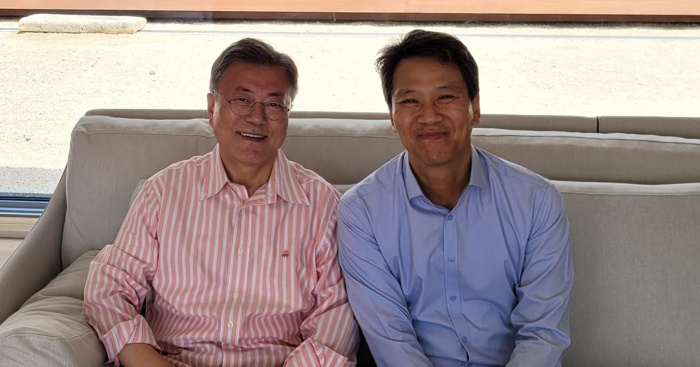 Intensifying pro-mother-in-law conflict ahead of the national convention

Lim Jong-seok, former chief of staff of the President, who is classified as a ’86 group (student number in the 80s, born in the 1960s) and pro-Moon Jae-in’ within the Democratic Party of Korea, criticized lawmaker Lee Jae-myung and former president Song Young-gil, who ran in the June 1 local elections on the 5th. Lim, the former head of the office, criticized “they do not have any reflection or reflection despite their shameless behavior,” and emphasized that the coming August 28 national convention “must require fierce internal criticism, reflection and reflection.” Ahead of the National Convention, the conflict between the new and old mainstream 86 groups in the party and the pro-moon circles and the pro-Lee Jae-myung circles is escalating.

Lim, the former head of the department, posted on the social networking service (SNS) on the same day, saying, “I get angry when I see irresponsible behavior. When I see behavior that goes beyond the basics and common sense, I feel ashamed.”

Lim said, “When someone in my family behaves like this, I get angry, embarrassed, and ashamed, so I want to hide somewhere. That was the behavior of the Democratic Party leader and presidential candidates after the election,” he said.

He said, “So, if you don’t vote, watch the news, and only talk about politics, you get angry,” he said.

Nevertheless, he said, “However, evaluation and renewal must be done thoroughly within the hearts of the people. I hope this convention will be such a venue.”

An analysis shows that the competition between factions and forces within the party at the August 28th National Congress has intensified, both inside and outside the party, over what Lim, who is a member of the 86th group and is classified as a pro-municipal group, has commented on the party situation in a long time.